This was quite the busy week for Casa de Murphy! I spent a few days performing my civic duty in the courthouse downtown doing jury duty. That was the 1st time I have ever had to actually go and let me tell you, it was pretty intense.

Liam had water day at school on Thursday. This is a new treat that his daycare started for the summertime and he is LOVING it. Here are a few pics they took of him catching some rays post – water fun.

Saturday, we were supposed to go to Cocoa Beach for the day but opted to save it for another day. Instead, we had a little extra-ordinary pool fun at home in between rain showers. The giraffe pool we’ve been using got a hole in it so we brought out a backup we had in the garage. It was a tad bit dirty so we were going to wash it out before playing in it but then, Daddy thought it would be more fun to just do a gigantic bubble pool for Liam to play in. Little man has always loved bubbles in his regular baths so this was extra special. Thus, Mommy broke out the Mr. Bubbles and this is what we got….pure bliss & super fun!! Liam played until nearly all the bubbles had dissipated.

I feel like I say this all the time these days, but Liam is growing incredibly fast. In fact, while we had kinda jumped the gun & bought him a power wheels jeep a few months ago, he was too scared to even try to drive it, then. But, we left it in the garage & would let him sit in it whenever he wanted. Well, Sunday he asked to DRIVE the jeep! This was huge news in Casa de Murphy….lol. Daddy cleared the driveway and off he went. We couldn’t believe our eyes. Stephen had to show him how to press the pedal and yes, he didn’t go too fast (yes, this made me happy…lol), but he did it. Most of all, he wasn’t scared a bit. He was laughing! It was really cute. 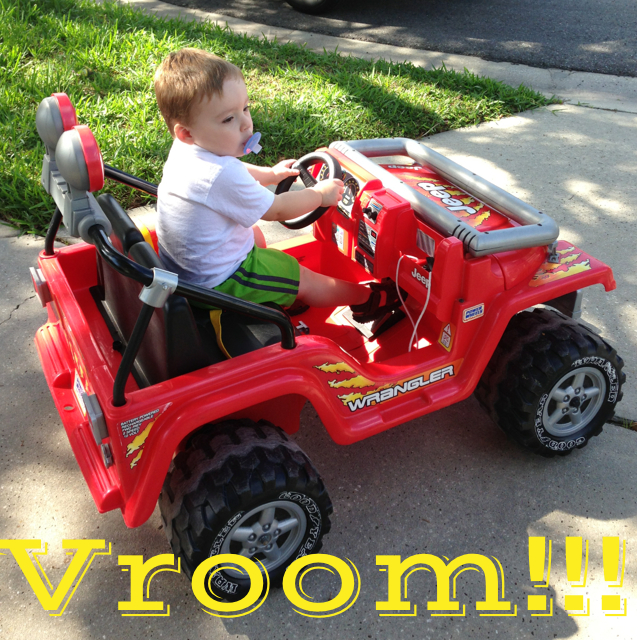 While shopping at Target, daddy picked out Liam’s 1st pair of underoos (batman). I didn’t even see them until we were walking out….very sneaky. I’d say they are pretty cute…even over a diaper. 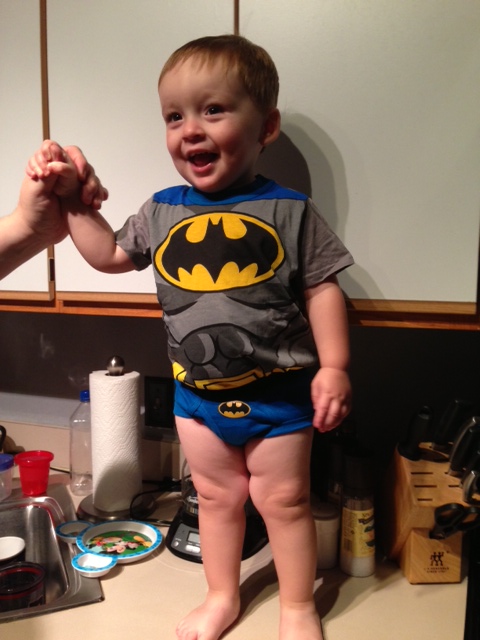 Can’t forget about the furr kid…all the adventure this weekend left him pretty tuckered out. This is what we saw coming out into the living room after putting Liam to sleep Sunday night. Only one word to describe this: pathetic …well maybe cute, too.

As this month comes to a close, so does it mark our baby hitting 23 months. WOW….that means we’re only one short month away from two years old! Thinking back over the last few months, I can’t really pinpoint when it happened, but I feel like Liam is now starting to hold conversations with us. His vocabulary is astounding. He’ll repeat anything (that’s scary for my potty mouth but so far, I have not gotten in trouble..ha!). He really is becoming a little person, though, now. He doesn’t just say one word at a time, anymore, he can put several words together and make little baby sentences. He can follow simple instructions. For example, I was doing laundry tonight and I asked him to put his mattress pad on his bed (I was in the garage…his room is on the opposite side of the house). I was actually shocked that I found the pad on this bed when I was done with the dryer.

Like any other toddler on the verge of being 2, we also deal with our fair share of challenges from our mini Murphy man, as well. One small feat is that we’ve been trying to curb a spitting habit….spitting water/milk — basically, whatever’s in his sippy cup. I haven’t heard that he’s doing this at school but he’s been challenging us with this periodically at home. That’s been fun.

A funny story that happened at dinner on Sunday at Smokey Bones was that Liam was nearly shouting, daddy baby shower (one of his current fav things is having stephen give him a shower) and then, this was followed by an equally loud shout out of, wash your butt. Sorry to the peeps trying to eat in the booth behind us, but we couldn’t help but laugh 🙂

Some of his fav things right now:

2. anything with Mickey Mouse & friends

For those of you who know the Teddy Bear Pics that I’ve been taking of him periodically to show him growing up, here’s another: 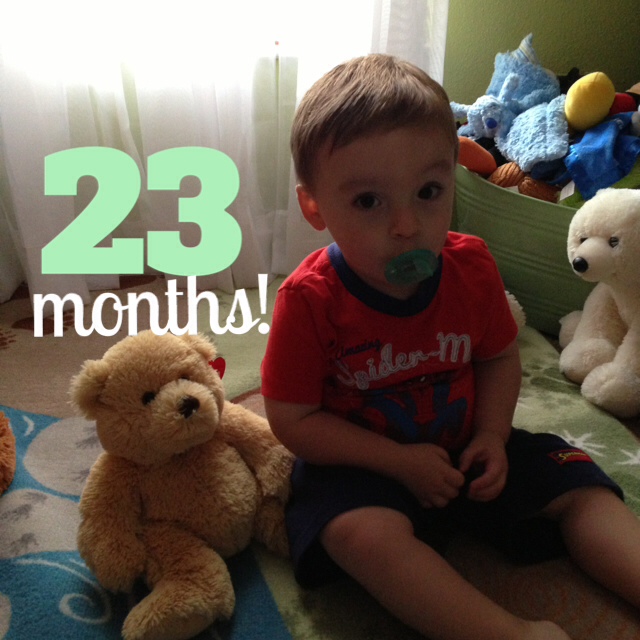 We’re excited for a short work week coming up & to celebrate our nation’s birthday!! Hoping the weather holds up so we can take Liam to see some fireworks, but more about that later. Until next time friends….