Last weekend, our Friday night started out with a trip to Publix to grab some dinner & a few groceries. From the back seat, we hear a little voice, say: “I want a big sister” ….say what?!?! THAT was an interesting conversation to have with a 2 year old and not one we expected at that moment. We proceeded to talk about how Liam could not have a BIG sister but he could say Timber was his big brother {he thought that was amusing}, and that maybe one day he would be a big brother. We also talked about our own siblings to him and how we were big brothers/sisters to them. Not entirely sure he got all of that, but we wanted to be honest with him. I think his curiosity & questions stem from him seeing siblings coming to pick up his friends at school with their parents. Very observant little dude! 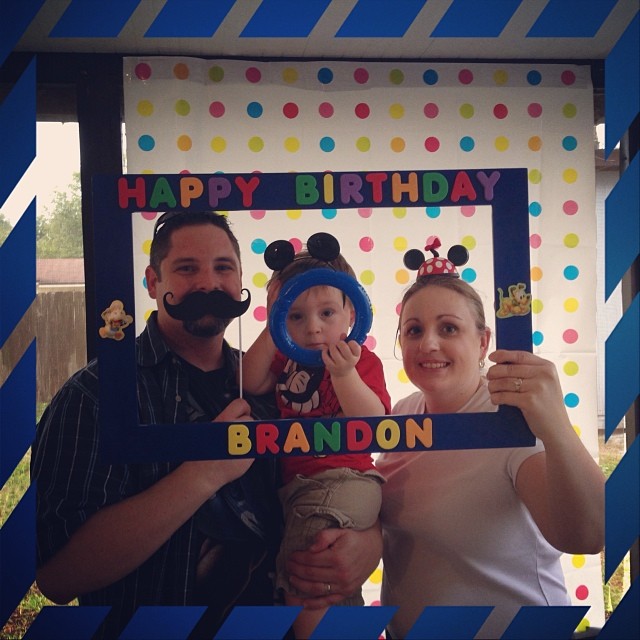 Excuse me, I MUSTACHE you a question! LOL…LOVE this!! He was so cute!

There were several wee one’s there so Liam had a good time playing. Although, for some reason, this ball pit was called, ‘the crib’ by him…ha! The birthday boy is in grey 🙂 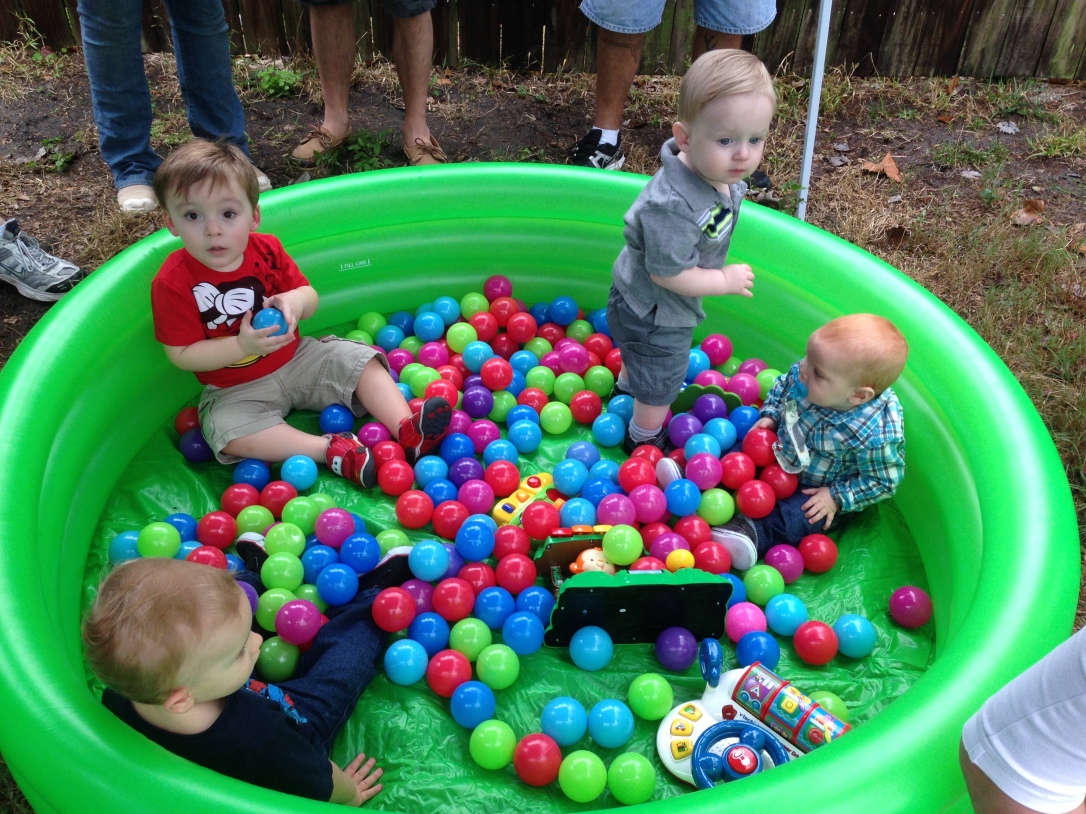 He found one of their dog’s balls in the backyard & practiced his future soccer skills a bit. Daddy was quick to point out that he was only kicking with his left foot. 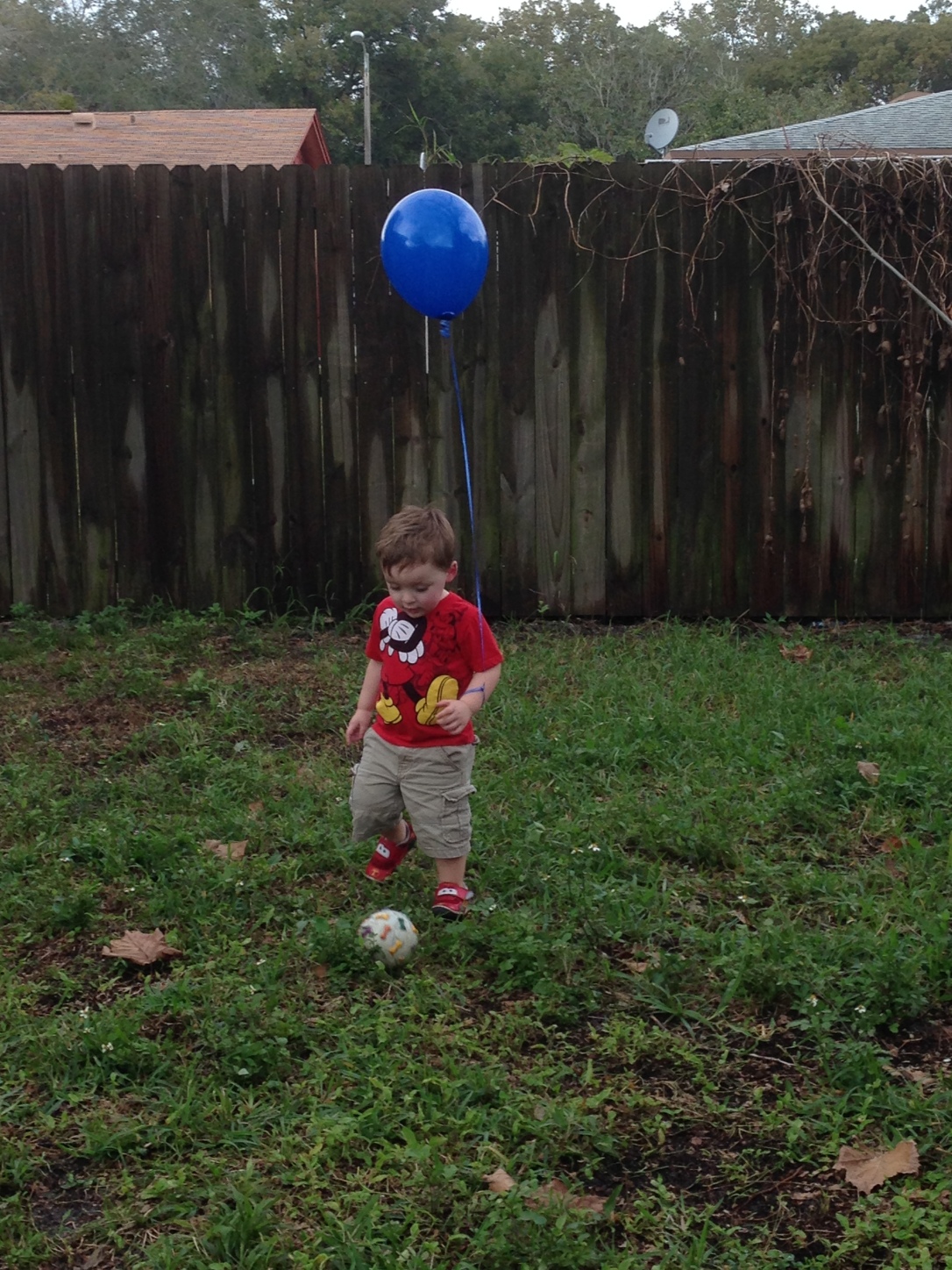 On Sunday, it was time for the Superbowl! And, of course, cleaning & grocery shopping {fun, fun}. After nap time, I took Liam to Jo-Ann’s to pick up some new drawer storage units to do a little re-do to his play kitchen. I am very excited for how it came out. I got two three-drawer units using my coupons. One side holds all his play food, and the other side holds all his utensils, bowls, and cookware.

We had our friends, James & Steph, over for to watch the Superbowl later that afternoon. Amazingly, Liam was totally cool with having football on ALL DAY {daddy.was.in.heaven}. We even let him stay up a little late to catch the half time show since he loves music so much. I am a big fan of Bruno Mars and I knew he would like his music, too. He did not disappoint! As for the game…well, I may not be a huge fan of football, overall, but wow….not what I expected. 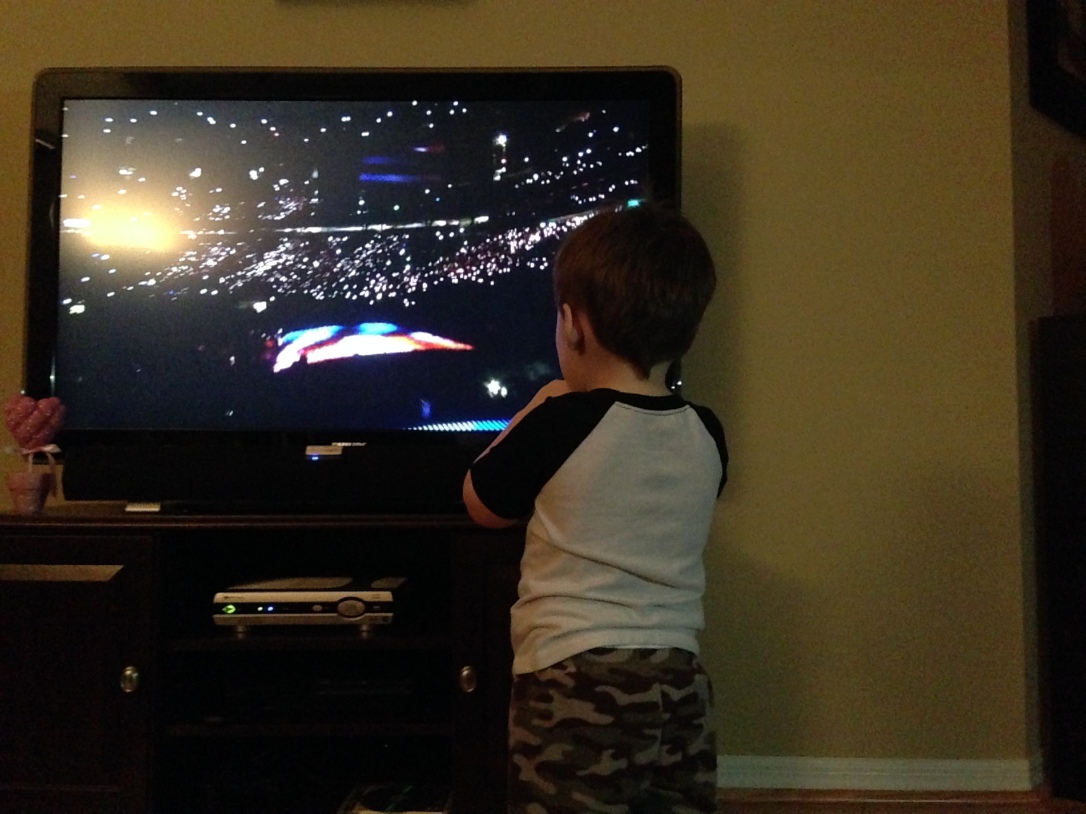 Liam really got into the music toward the end of the show. Stephen filmed this clip, and Liam was hamming it up!! Check it out:

As always, the weekend went by too fast, but we enjoyed ourselves & had a great time spending time with our friends. Hope you had a great one, too!