In seemingly the blink of an eye, Liam completed his first year of elementary school and is now a Kindergarten graduate. This was such a fun year and filled with so many new experiences.

It feels like only yesterday that I was putting THIS post up about the beginning of Kindergarten, and now, here we are. Enjoying the sweet simplicity of summer & gearing up for FIRST GRADE! Really?!?! — If I’m honest, there are so many times that I look at his sweet face & still see our toddler with his big brown eyes and favorite green paci in his mouth (*insert mama tears here*).

Just like with the 1st day of school, when we did that interview with him, I also wanted to do a fun wrap up interview to grab some memories on how he was feeling. I found these fun free printables online & plan to continue them through the years! This time, he even asked to write his own answers 🙂

On the last day of school, several items were sent home. By far, these two drawings were my favorite. Liam had to draw himself back on the 1st day of school, and then again on the last day of school. While we knew he was making tremendous growth over the year with his learning & development, to see the difference in these two pictures literally brought tears to my eyes. The little blobby with stick legs & no arms under the sun on the 1st day picture was how he drew himself (and people) back in August. To see how he draws full-figure people now is so cool! We are so proud of him! Not to mention his creativity and imagination ❤ 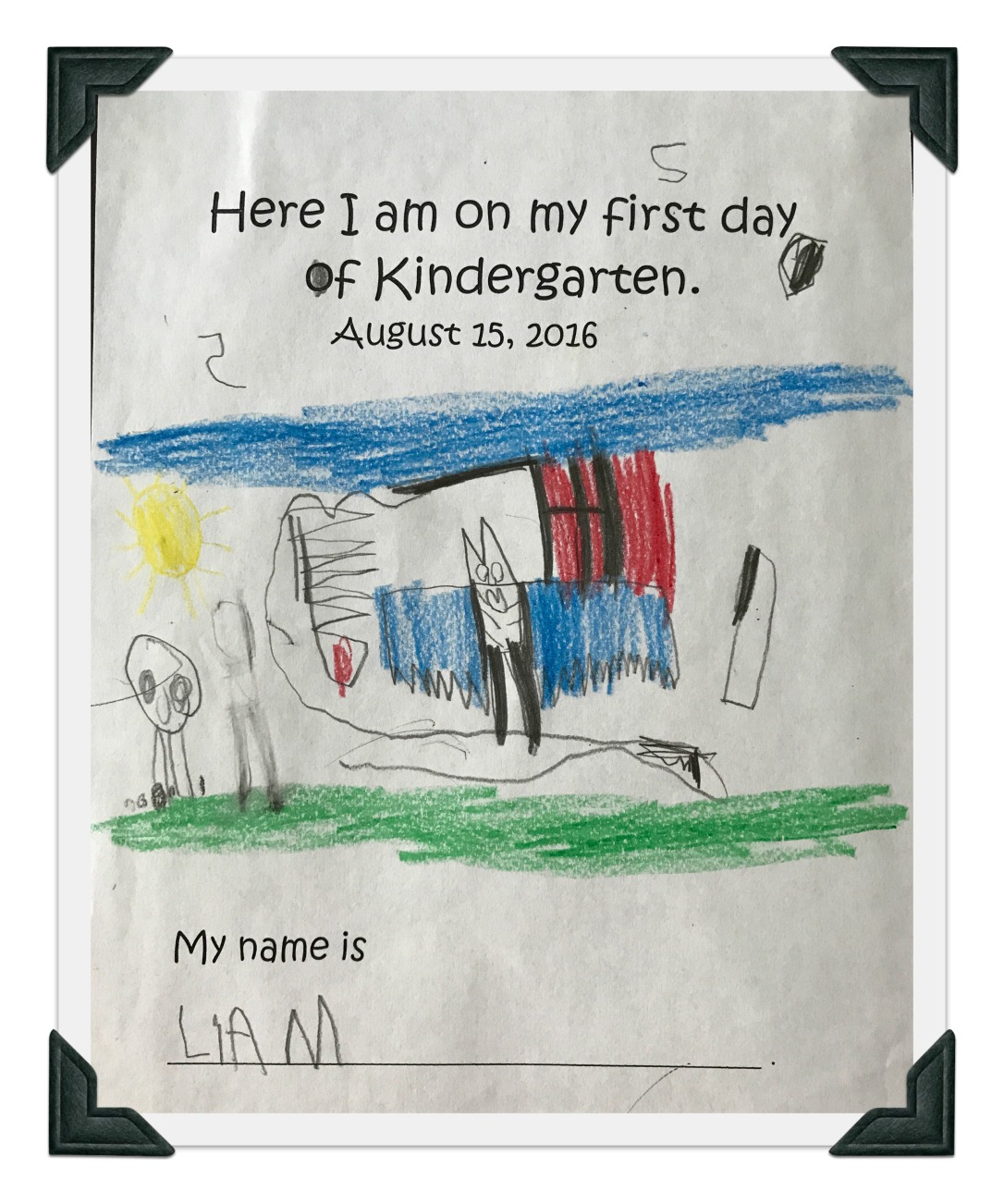 In the last few weeks before the school year ended, we gave a few things to Liam’s teacher, Mrs. Juarez, to show our appreciation for all she had done this year. He loved her, which means we did too, and he thrived in her room. I wanted one of her gifts to be something personal from Liam, so I found this cute thank you note for him to fill out & color. He loved it! I loved that he filled in all the answers himself. He had just asked for help with spelling some of the words. 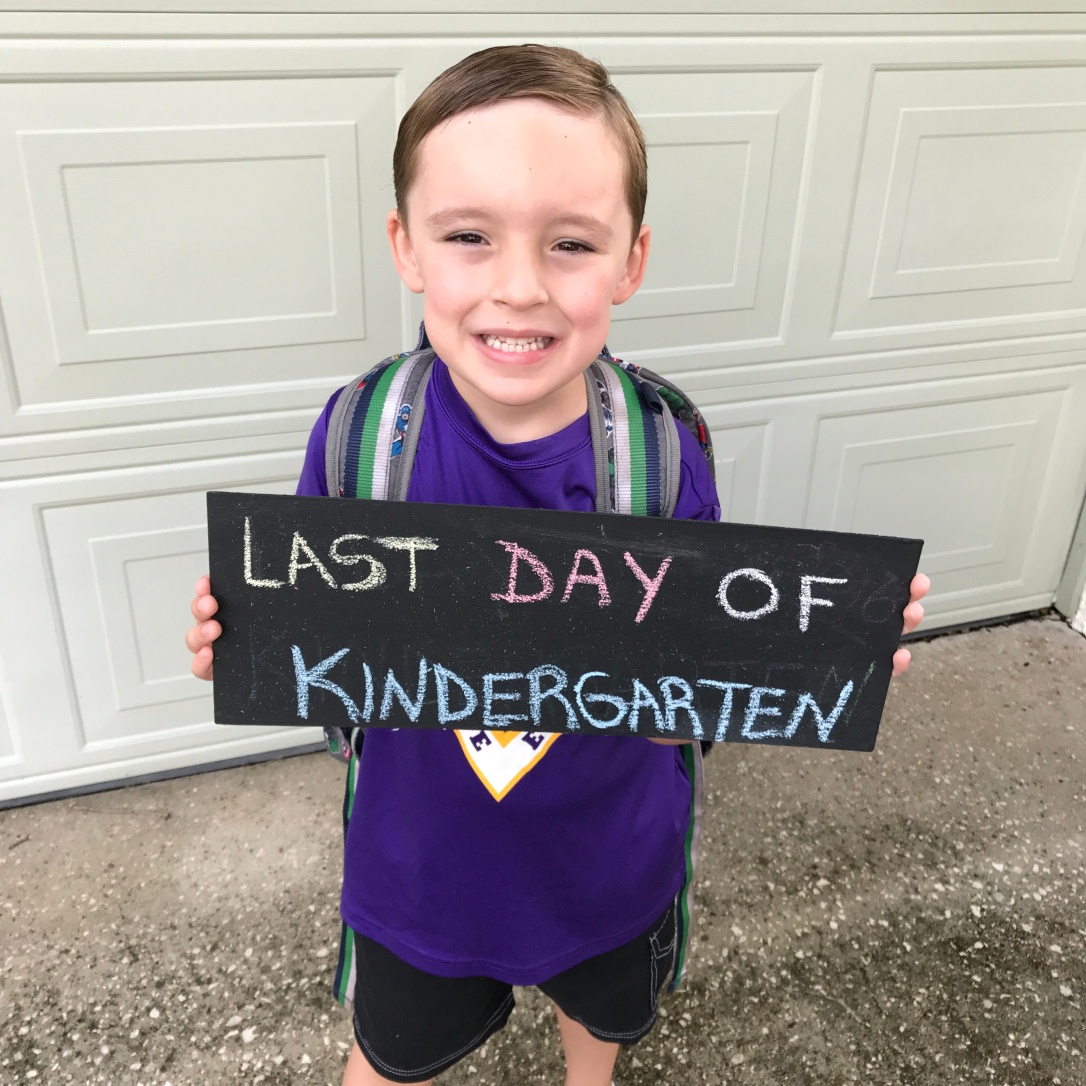 When I compare this pic of the last day of school to his 1st day of school pic, I think he honestly looks tired. LOL! It was a fun year for him but it was also hard work. Stephen and I joked many times that Kindergarten should be called “Kindercollege” …seriously, he did far more this year than we ever did at that age. He had actual subjects that he studied — reading, math, social studies, geography, science. He regularly worked on the computer, and we had really never let him touch a computer before school started. He learned addition, subtraction, all about about the planets, animals, and he was reading chapter books with us by the end of the year. His level of learning far surpassed anything we had expected. He was recognized as one of the top readers in his grade by the end of the year! We are SO SO PROUD of all his hardwork! ❤

We are enjoying a super fun summer with this lovable kiddo and giving him a much needed rest. Soon enough, school will start up again, and we can’t wait to see what the next year brings as we embark on FIRST GRADE!! 🙂

Until next time, friends,