Before August wraps up, and we get too far away from memories of summer fun, I want to share what fun little man had during his very 1st experience with SUMMER CAMP!!

When Pre-K wrapped up in mid-June, the very next week, we had to continue care for him through the summer until Kindergarten started, as it’s no secret that we are a two-parent working family. This was the 1st time we actually had to stop and plan for what we were going to do. There wasn’t just a transition to another room at daycare. This was a family discussion about where he would go, cost, etc.

Since we knew starting Kindergarten would be a huge change & transition {for all of us…lol!}, we opted to do Junior Camp at the same school he attended Pre-K. It was an easy transition for him and us. Compared to other camps in our area, it was also cost effective. Side note — holy cow…..summer camps are expensive & can be overwhelming with different options, packages, etc! I know for next year, we will have to plan ahead, as some even book way in advance of summer starting. 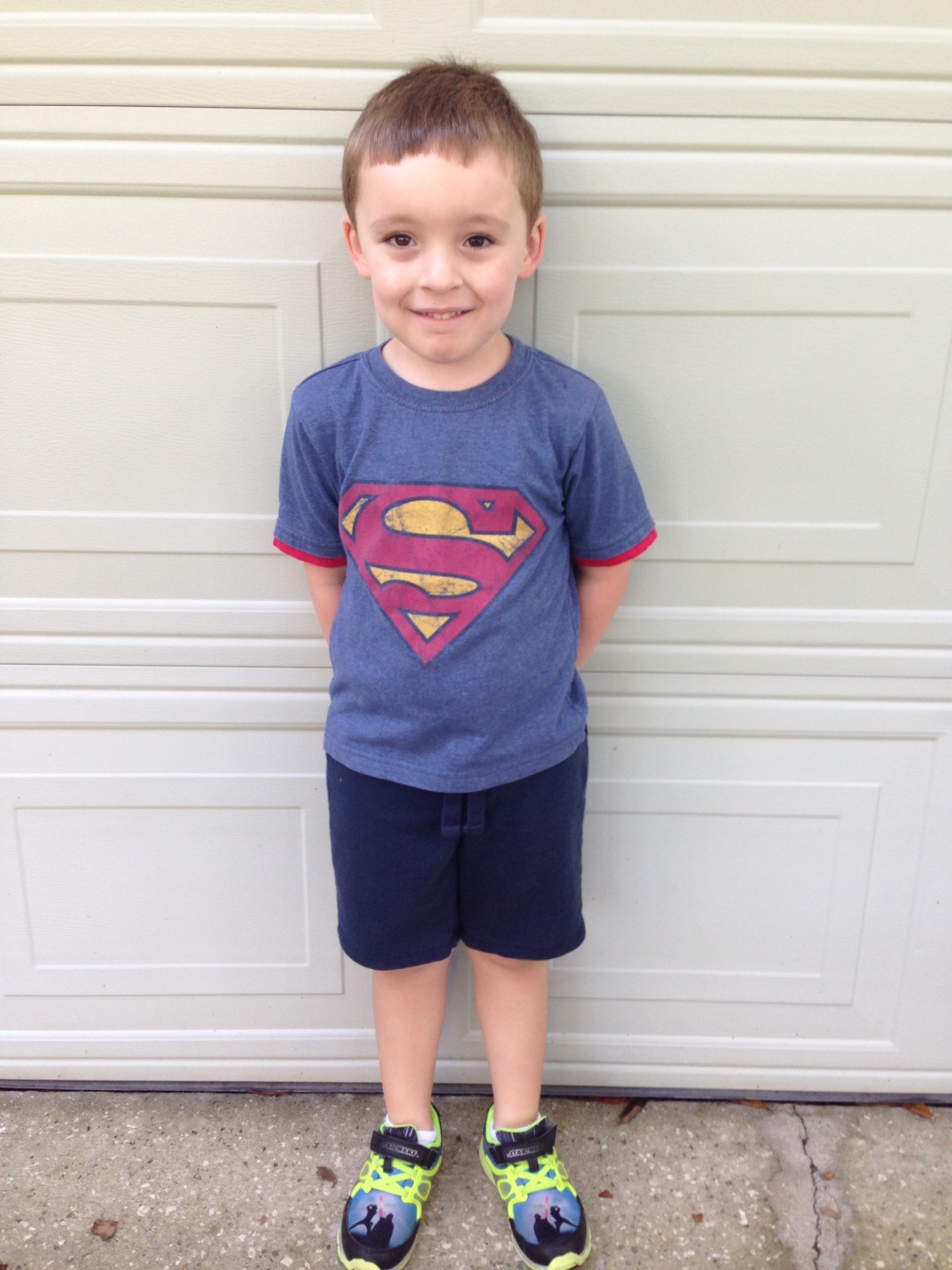 The theme for camp all summer was fitting & perfect for the season …..the Olympics! Each week, the kids learned about a different country, as well as athletes from that country that participated in past Olympic games. We were definitely excited for the Summer Games in Rio!

They also did crafts each week to coincide with the countries they were studying. He loved it & was so creative!

Everyone was super excited the splash pad was back in business, too! They only get to go during the summer months, and it’s super fun times!

Without question, Liam was MOST excited for the weekly field trips. The trips in Pre-K were sparse due to new DCF regulations that the daycare was trying to catch up with for their buses. So, when we reviewed the list of where they were headed, well….he was stoked, to say the least. This mama…well, she was nervous….they were some big trips for her little tyke! I tried my best to not be a helicopter mama but I did chaperone the bigger trips…that was my compromise 😉

Sea World! ~ I played chaperone for the 1st time on this trip. Quite the experience with 24 littles but such great memories! 🙂

It was SO hot that day….I think he was tired of hearing me say, ‘drink your water‘ by the time we left 🙂 …we also did a lot of activities that our family hadn’t done in previous visits to the park, so that was cool!

Mad Science came back the school a few times throughout camp for ‘in-house’ field trips. Liam really enjoyed these days and had some interesting facts to report back to us. They did a great job with the kids!

Build – A – Bear Workshop!! This trip was so much fun, and also was another one that I went on with the class. This was our 1st time going here, so Liam was very intrigued by the whole process. All of the kiddos loved each station where you helped put your bear together. Very creative and interactive!

Decisions, Decisions….everyone got to pick a shirt to dress their bear at the end.

Meet “Cottonball” —  Liam chose him, made him with love, dressed him and brought him home! He’s the latest addition to our family and little man has been holding him tight ❤ 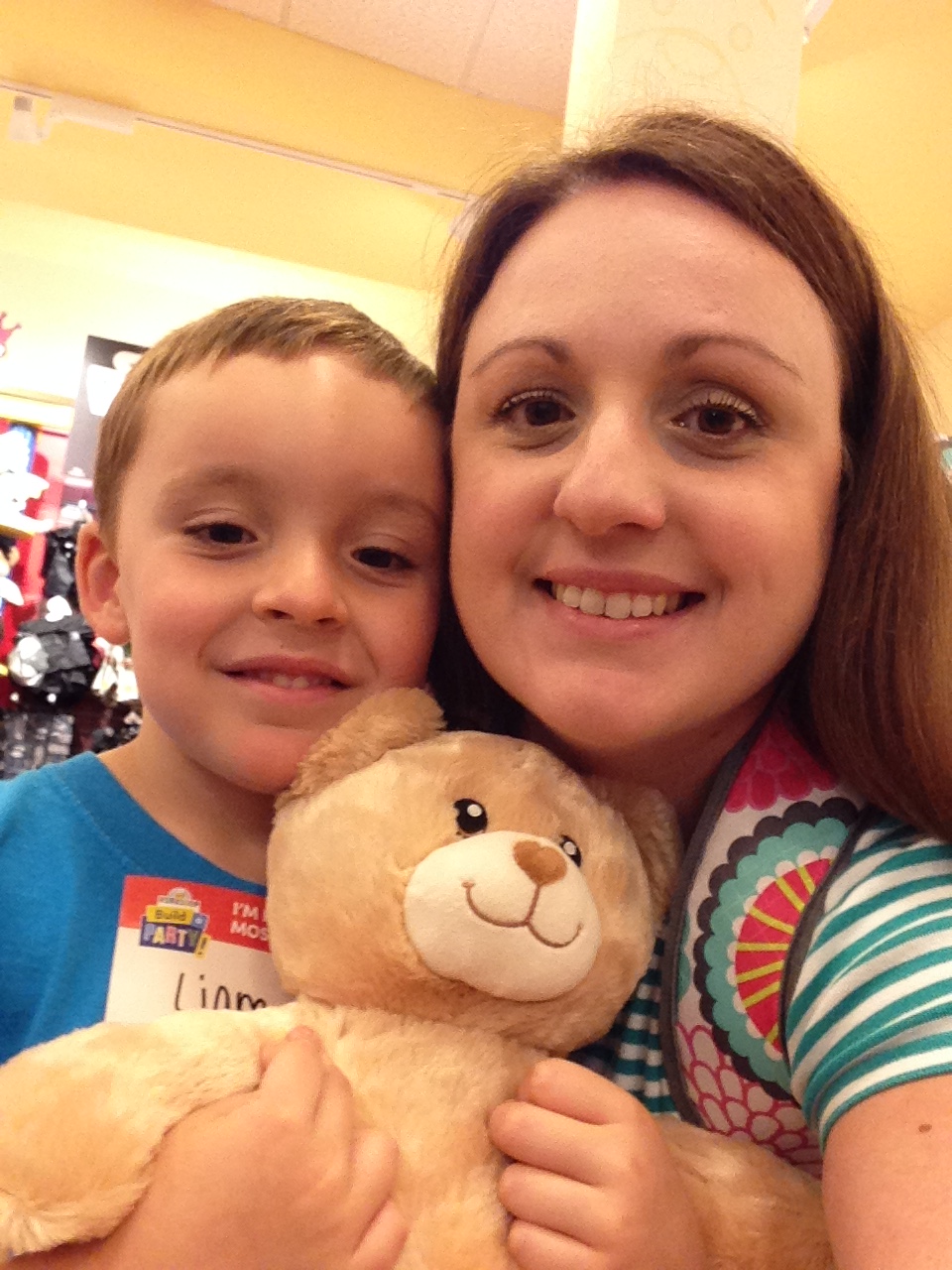 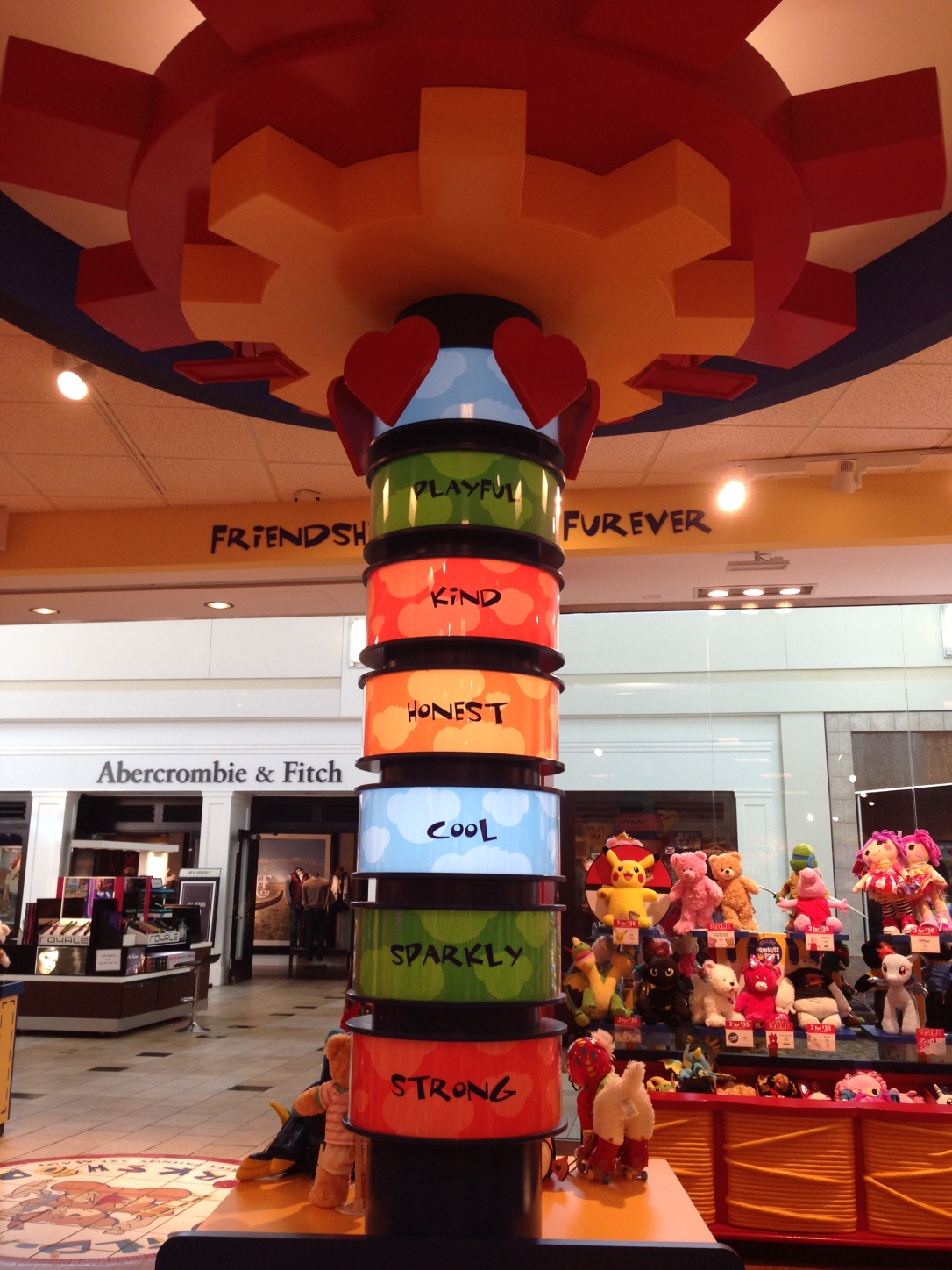 “Cottonball” got his own Darthvader costume to match Liam’s 🙂 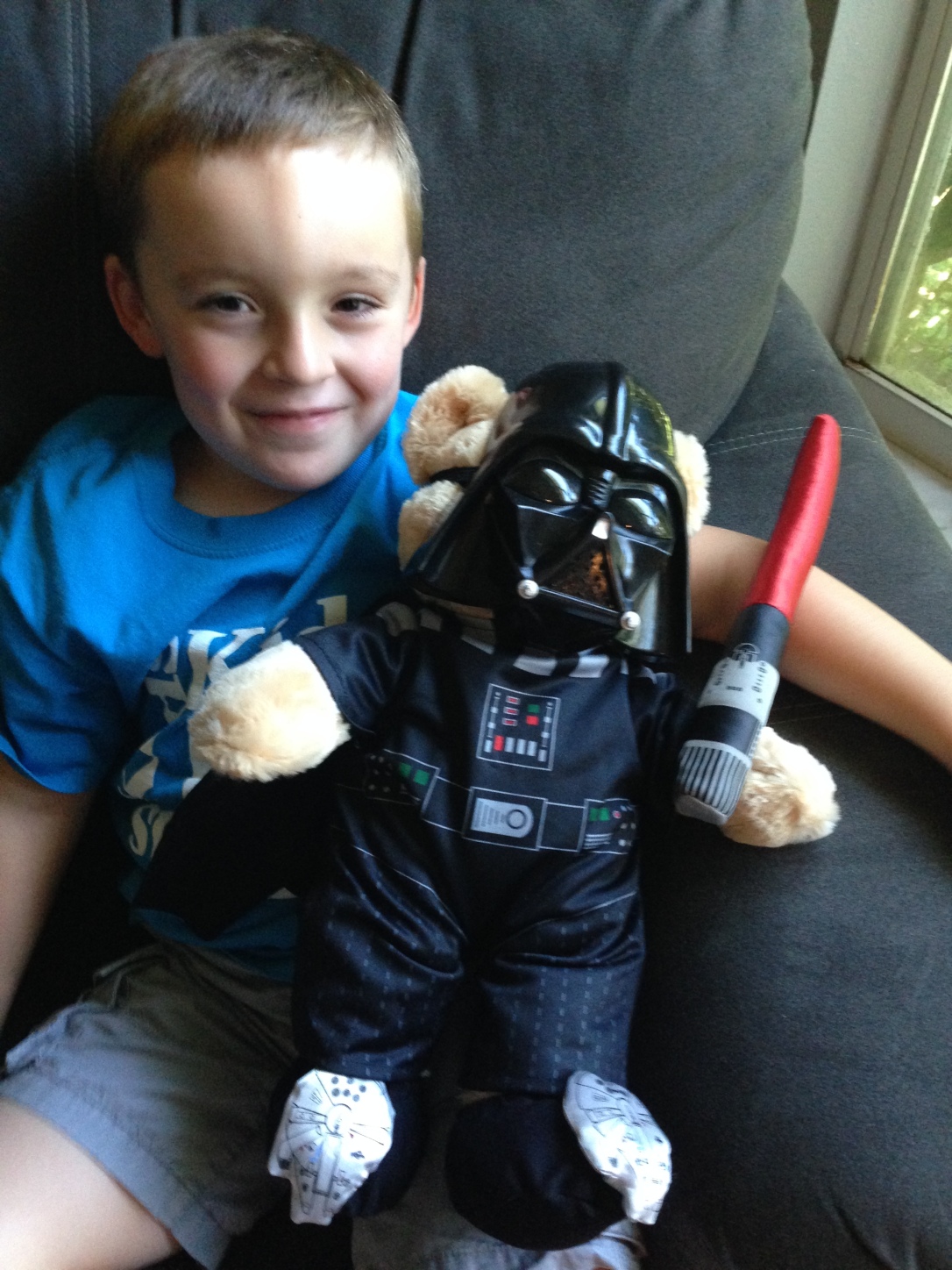 Legoland! ~ This was one of the last trips he went on & again, I was fortunate to be able to hang out with him & the class. This was my & Liam’s very 1st time going to the waterpark side, and it was SO much fun!! Since it was a scorcher of a day, we did keep the kiddos over there in the water the majority of the afternoon. Loved all the waterslides, the play-structure in the water for the kiddos, and all fun foam Legos you could build with in the water. There was even more that we didn’t even check out yet, like a wave pool and a lazy river. We’ll, for sure, be back!

What trip to Legoland is complete without pictures next to the life-size Lego figures? 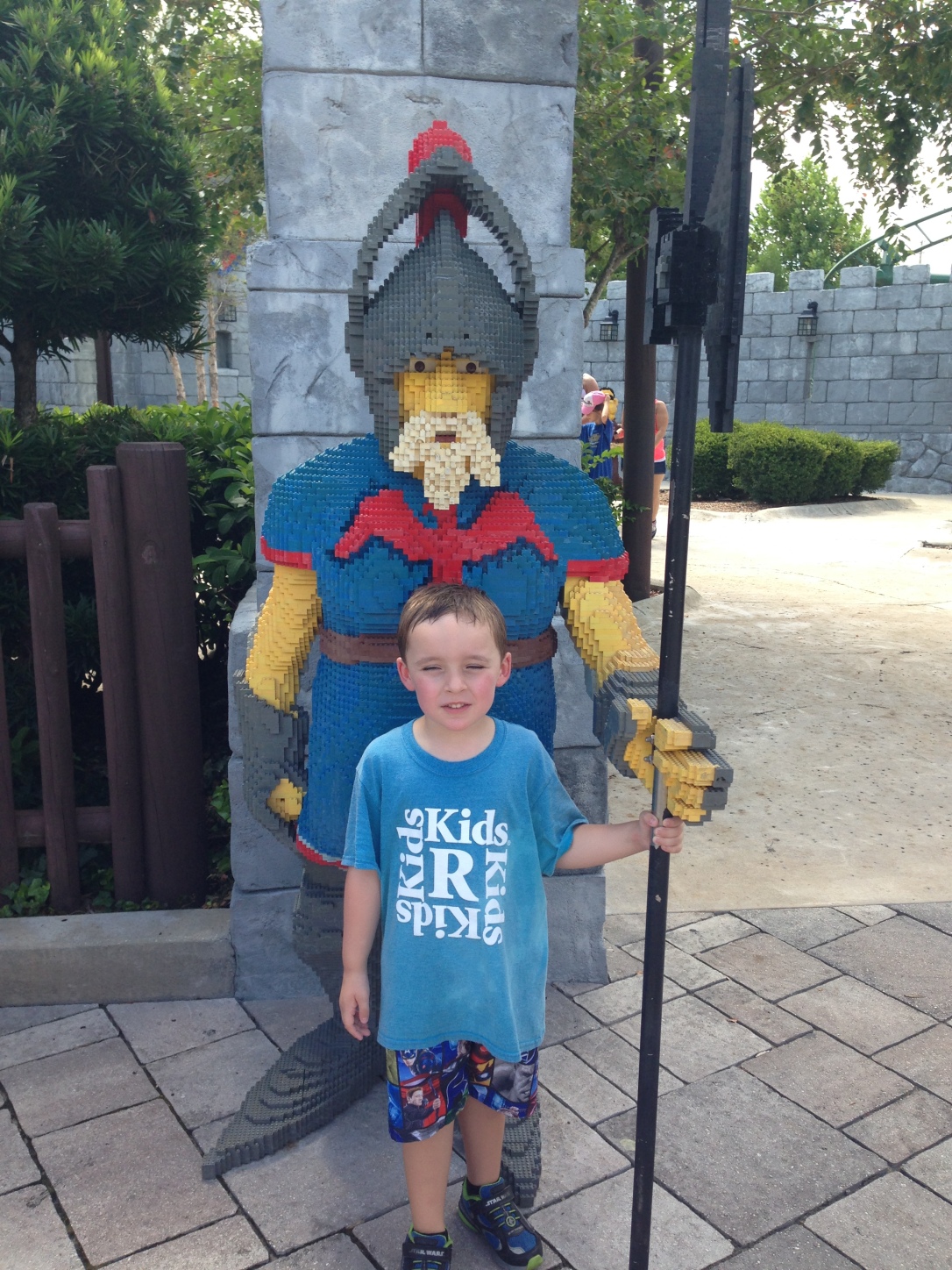 Seriously love the Lego figures! ~ Heading into The Quest for CHI 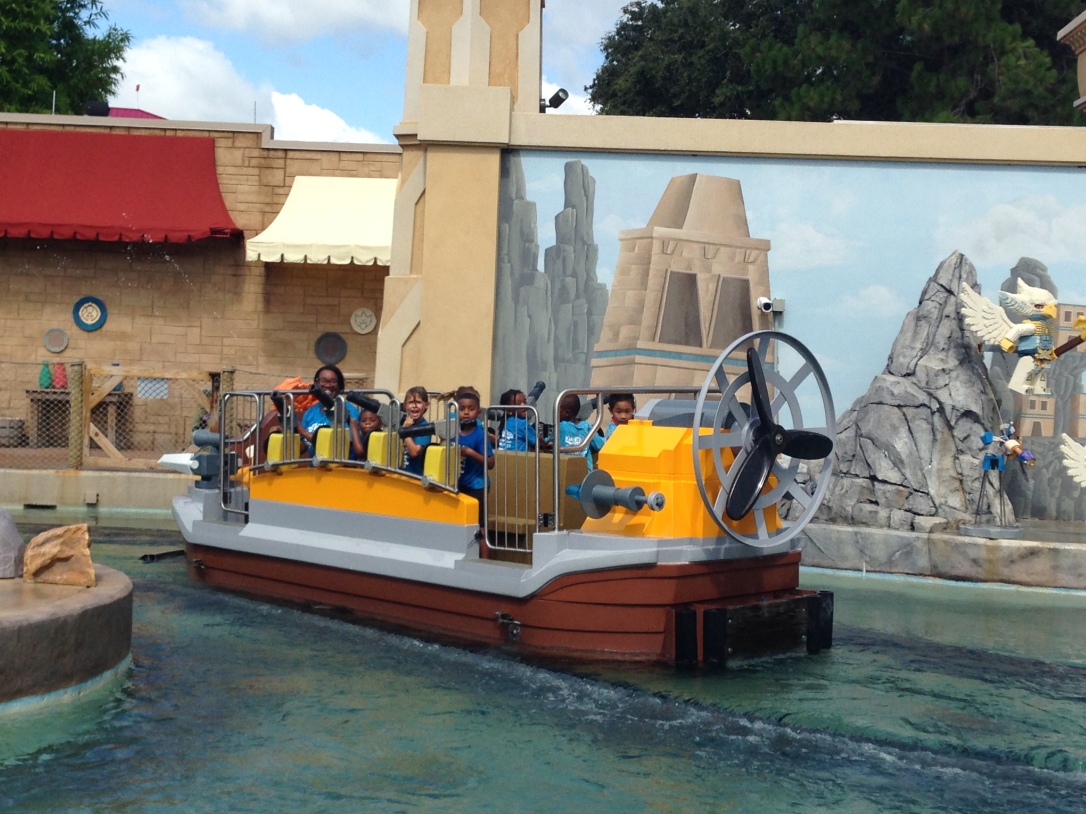 The kids had fun dueling each other on the separate boats! They were like big water guns 🙂 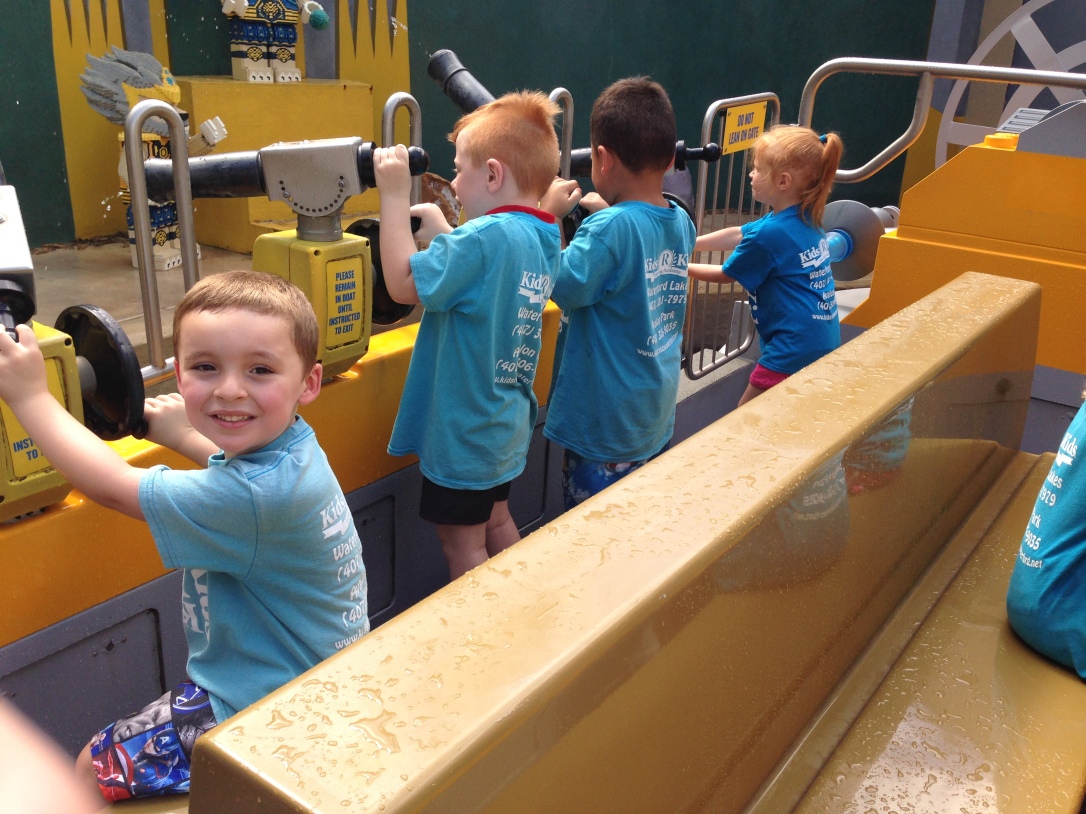 Cool Lego mermaid at the entrance to the waterpark side!

Trying to get him to sit still for 5 seconds to snap this pic was nearly impossible…lol! This play structure was SUPER fun for everyone…kiddos & adults!

Junior Camp wrapped up with Spirit Week …each day was something fun for the kids to dress up in or wear. Crazy Hat Day was a fav for our little man!

Had to snag a pic with his AMAZING camp teacher, Ms. Mallory ❤ ….from a mama’s perspective, she was great at easing the transition from Pre-K / daycare life. This included dealing with a room full of littles who dropped nap!…YES!! THAT happened over the summer for us! …in preparation for Kindergarten, we officially gave up nap. OMGEE….really, though, it was a pretty smooth transition for Liam & we are so thankful we prepped for that before real school started. Junior Camp was filled with kids who were like Liam and prepping for Kindergarten and all the way up to 2nd grade. That was a pretty big gap, at times. Ms. Mallory handled this group beautifully and kept everyone in line and having a great summer! Liam adored her and that made our hearts happy! 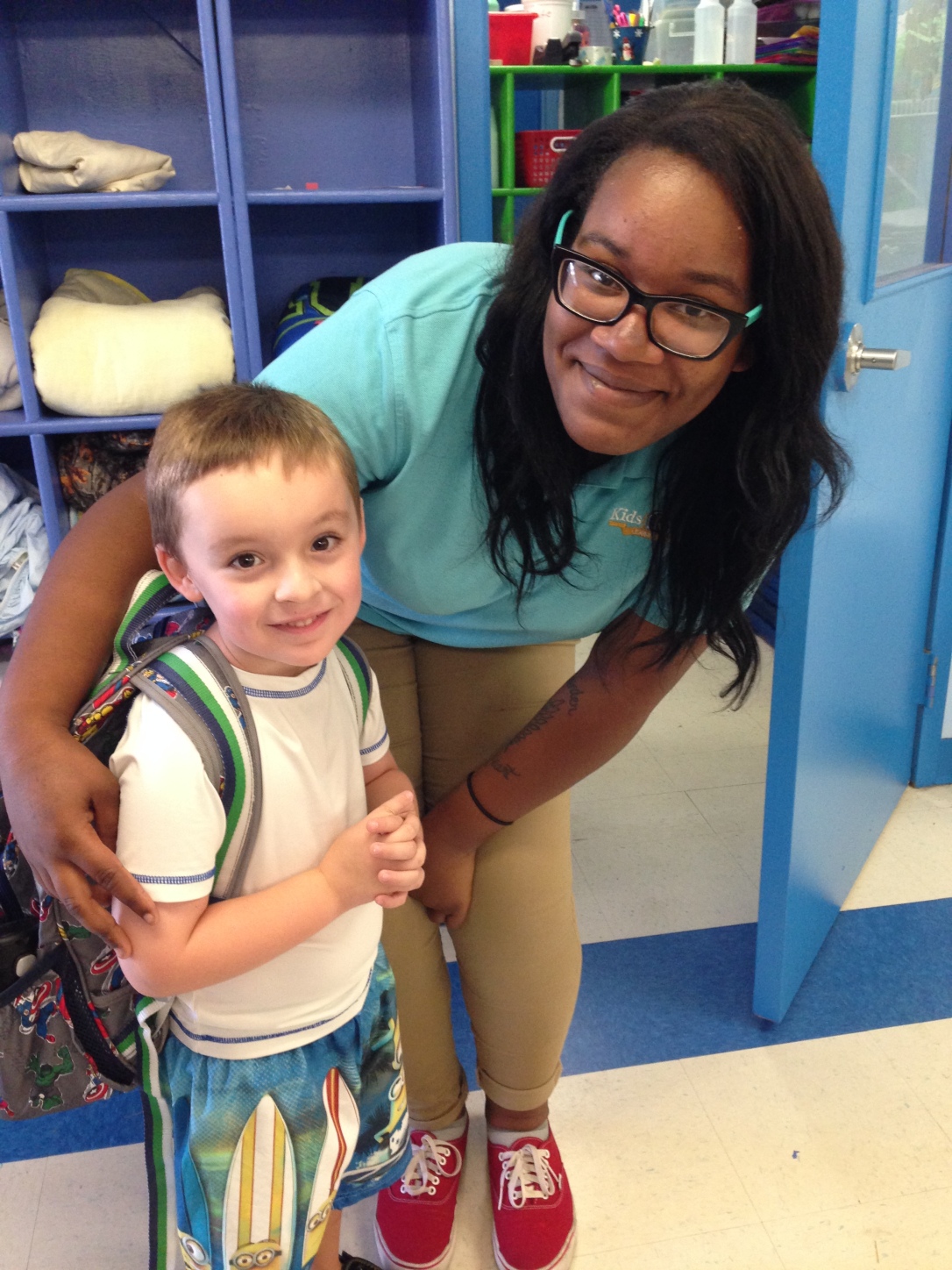 Lots of great memories were made this summer at Junior Camp for our little man! He’s already asking about what field trips he’ll go on NEXT summer, so I guess we better prepare ourselves 🙂

Let me help you 📝🐈 #Nalathehomeworkhelper
Happiest of birthdays to my sweet friend, Marlene! You were shining tonight and exuded pure joy....you deserve it all & more! Wishing you all the happiness tonight & always 🥰💃🏻🎉🎂
✨🎉Happy New Year!! 🎉✨ Cheers to 2020....May it be filled with faith, love, health & happiness for us all! 🍾🥂
Hello 2020!