Last year, we introduced the Elf on the Shelf to Liam & he named him, Mr Elf ❤

This year, I wanted to make Mr Elf’s return special, and also be more of a re-introduction, as I suspected, Liam wouldn’t entirely remember him due to his age. We pretty much guessed that part right, which is totally fine, and again, just like last year, we keep Mr Elf pretty light-hearted and fun. It’s not really that he’s “watching” and waiting to catch him doing anything bad. I love me some Pinterest inspiration, and found this great FREE Santa stationary here. After looking at a few different examples of peoples letters that were posted on various sites, I came up with our own. So, Liam’s letter was brought by Mr Elf on his 1st morning back to our house (the day after Thanksgiving), but it was from Santa. It basically told him why he sent Mr Elf to hang out with us until Christmas, that he knew a few things he had been telling us he wanted for Christmas & he would do his best to try to get them for him, and to remember the REAL reason for the season ❤ ….we also left the Elf on the Shelf book on his table that 1st morning so we could read it together.

Overall, Mr Elf doesn’t get into too much mischief at our house. I particularly liked his choice to play with Liam’s Toy Story pals, but neglected to realize that Liam would immediately try to pick Mr Elf up and also try to play with him as soon as he saw him in the morning…..LOL!! Ooops! 🙂 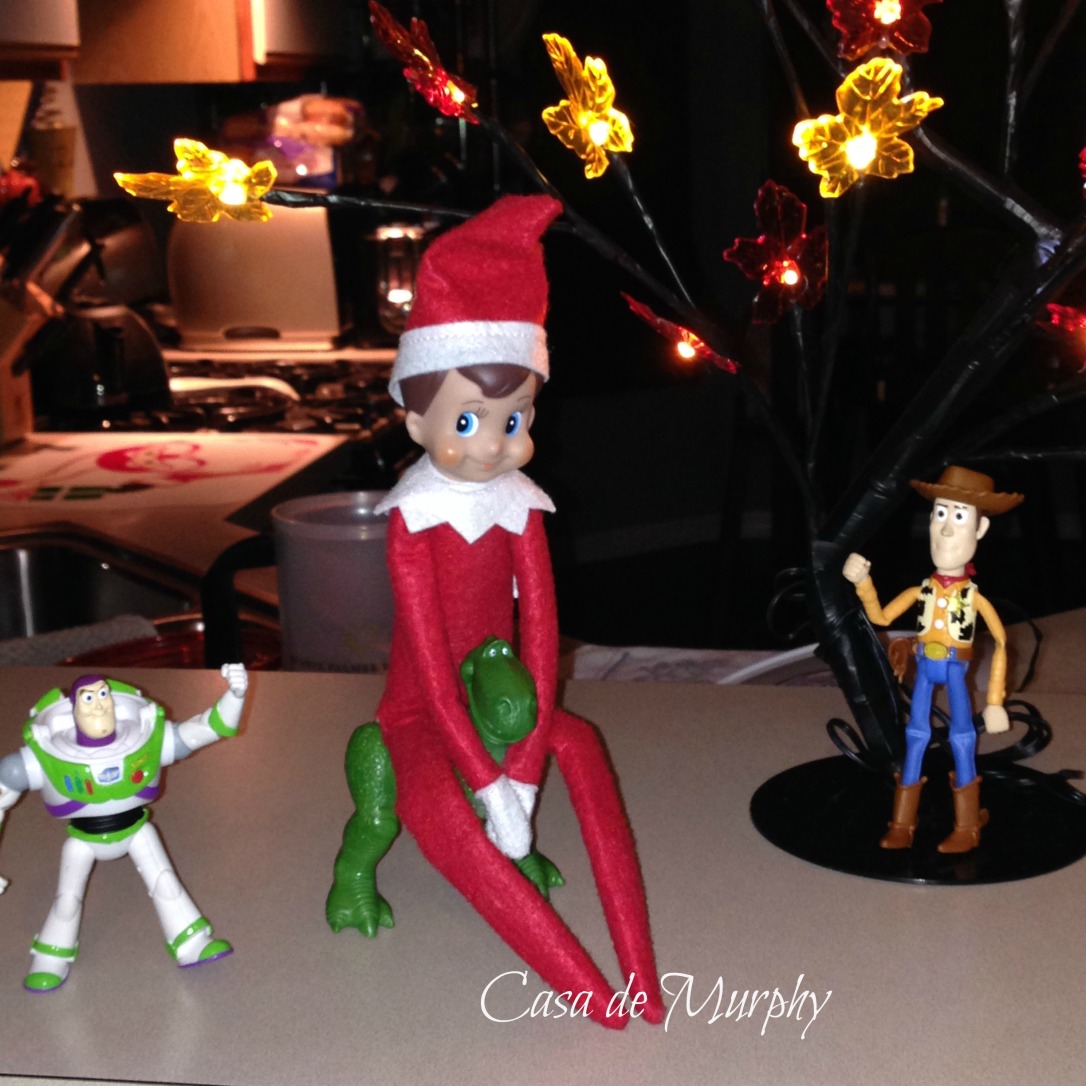 Occasionally, Mr Elf is known to bring Liam a small present. Liam is LOVING Rudolph this year, so he was super excited to find them both in the tree one morning!

They say elves love sugar, so it should be no surprise of this, right?!?! ….I was cracking up 🙂 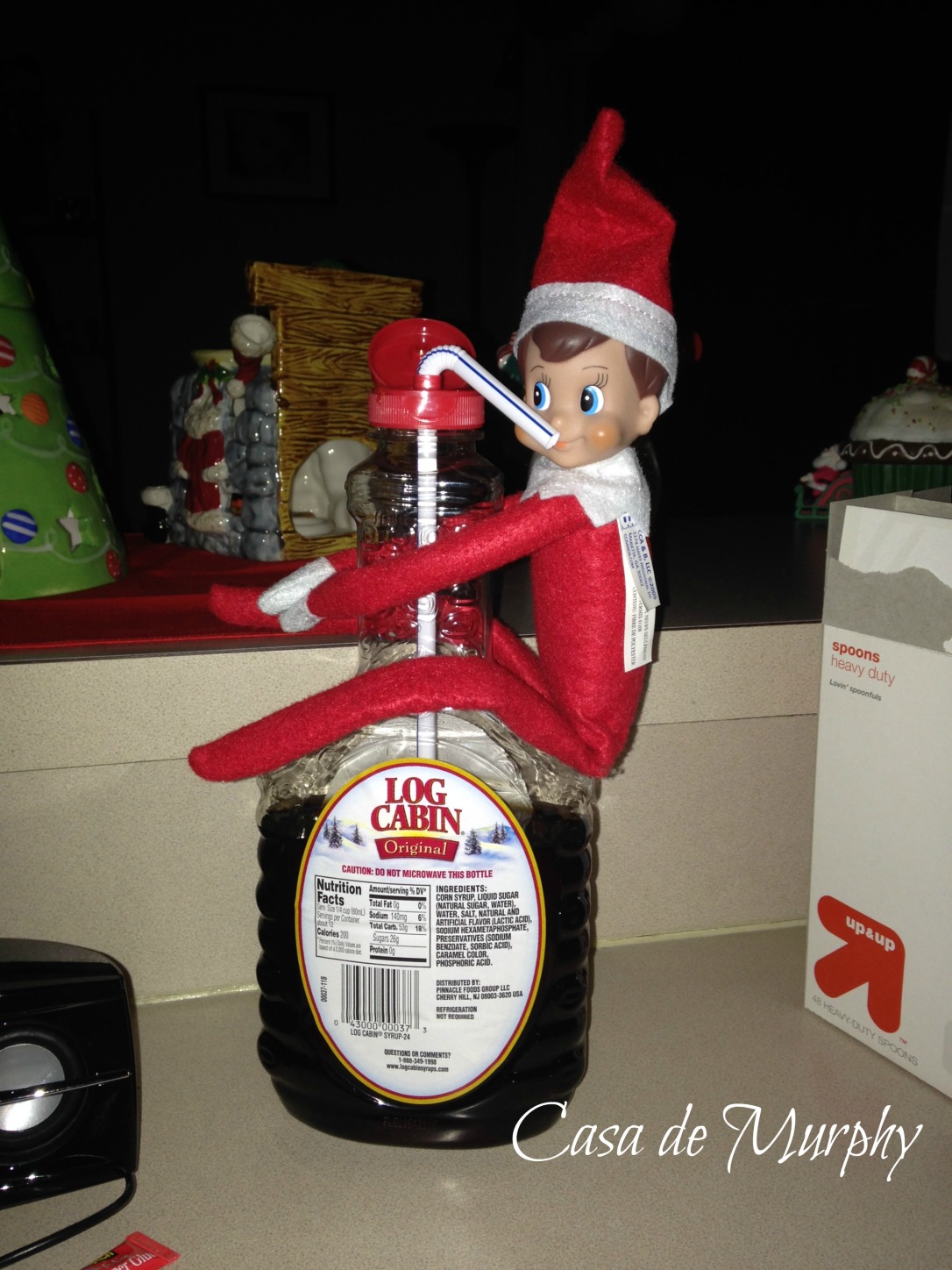 The next day, after the syrup incident, Mr Elf was found taking a bubble bath 🙂

Liam was super excited when he found Mr Elf hanging around on the wine rack with this awesome shirt from the Incredibles!

Again, with the sugar….

We have been having a lot of fun with Mr Elf and can’t believe it’s just 5 more days until Christmas! Since Christmas Eve is the last morning Liam will wake up to “find” Mr Elf this year, I am working on a good-bye letter for him to have with him, as he will go back to the North Pole with Santa that night. I’m working on a version that will let his magic be lifted for the day, so he can give him a hug, as he keeps asking….I think he would really like that 🙂

Until next time friends!