Last Saturday was a momentous occasion in Casa de Murphy, friends, as we took Mr. Liam Michael for his very 1st theme park adventure. The park of choice was Legoland, which was built on the old Cypress Gardens property in Winter Haven. You may be wondering why we chose this over Disney for the honor of the “1st” experience. Well, that was two reasons. One, my mom & her hubby, Rock scores us FREE passes from their neighbor….umm, hello….could NOT pass that up and THANK YOU, THANK FOR THAT!! Secondly, this was kind of our test run to see if Liam would even last in the mouse house right now.

While yes, it was rather warm & a bit of a learn curve for us to tackle a theme park with an [active] toddler, Liam was a trooper and we all had a fantastic time! I was amazed by how much he wanted to walk around himself and just hold our hand. So cute! Surprisingly, he even lasted until about 2:00 without a nap….it clouded up about that time, so we had to put him in the stroller while the rain moved in briefly & he passed out at the point. It was perfect timing. 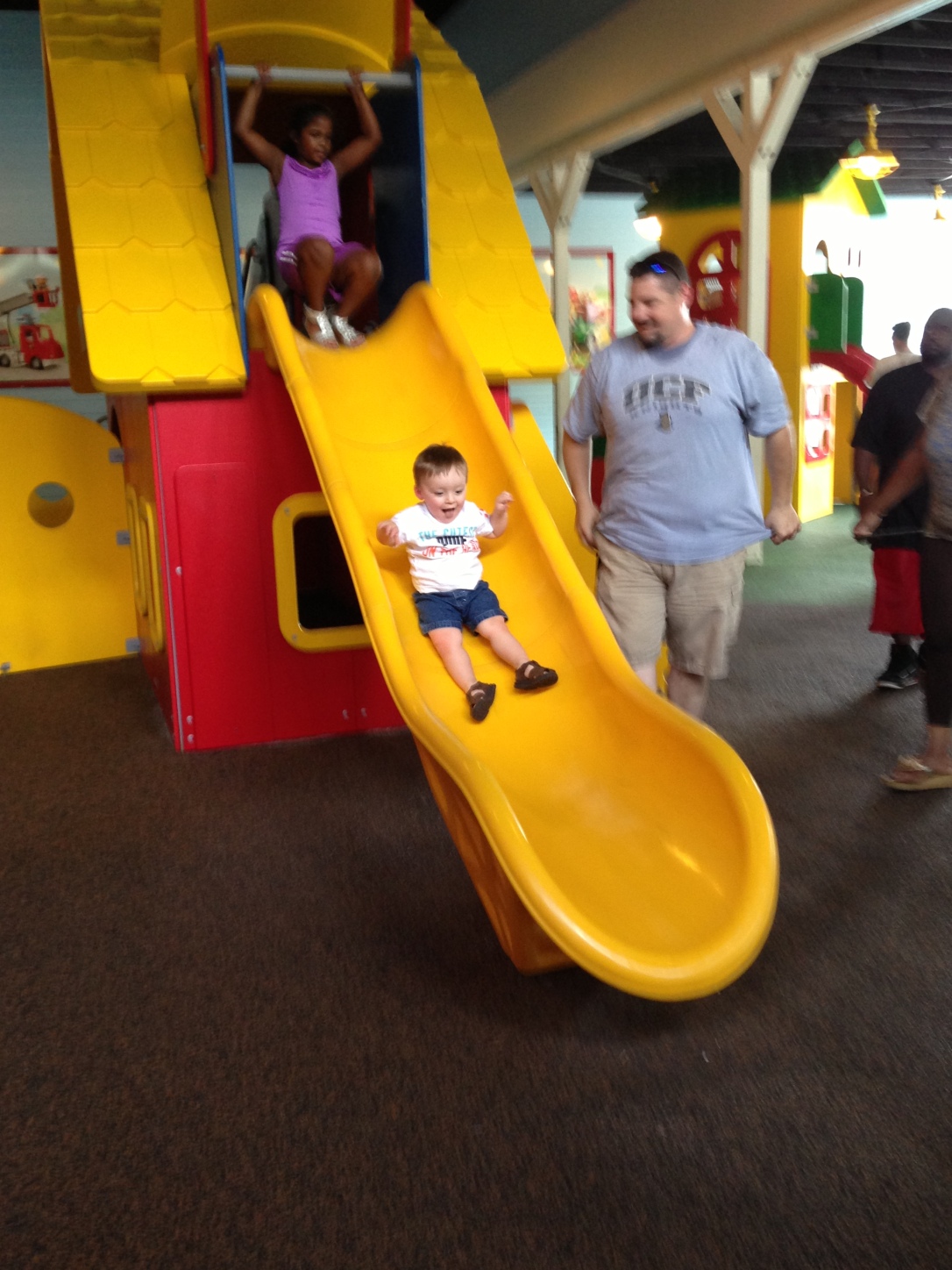 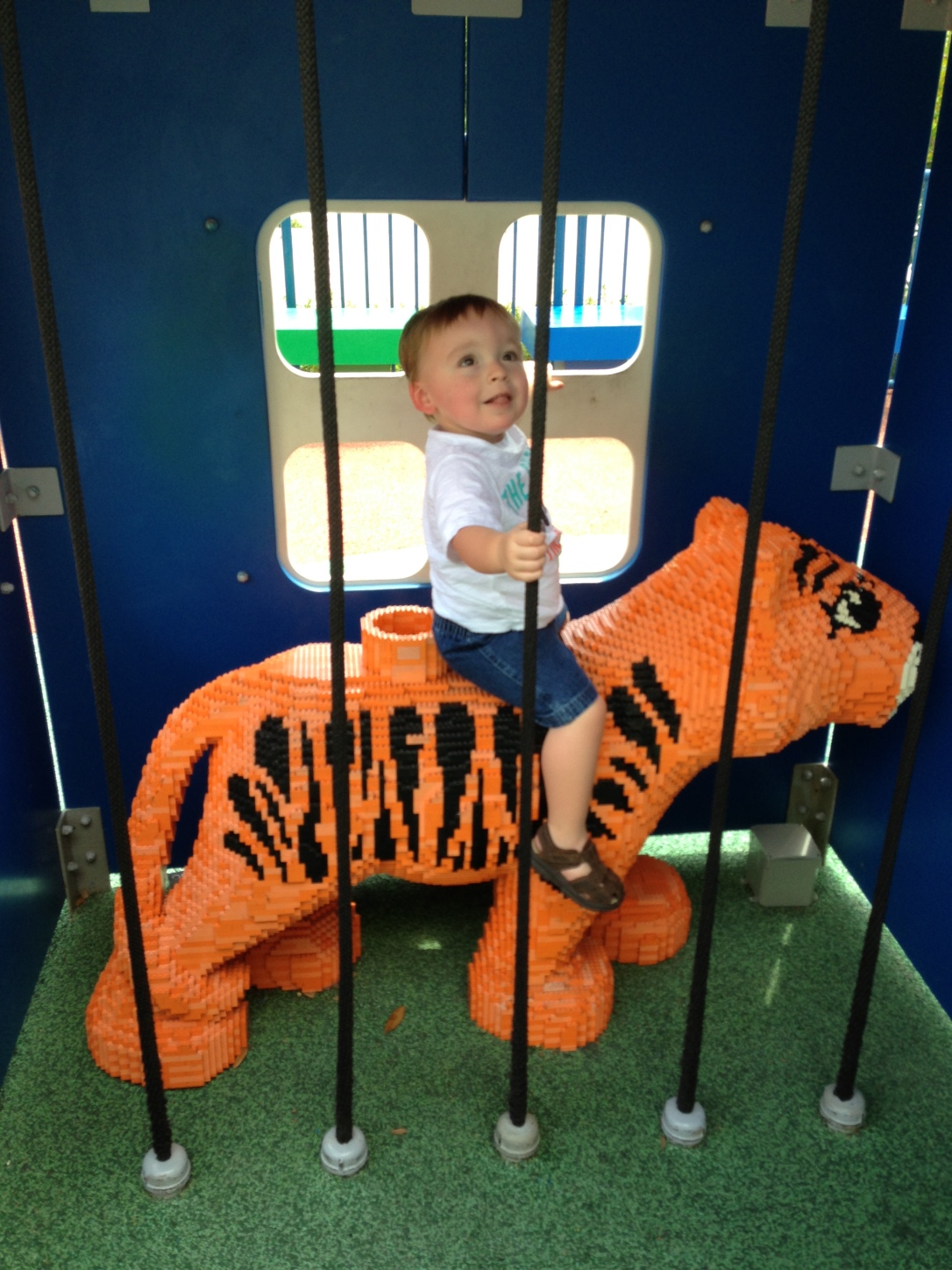 The pictures above are from Duplo Village. This is a specific play area for toddlers. LOVED IT!! They even have an AIR CONDITIONED facility for changing diapers, family restrooms, and private nursing rooms. Can we say amazing?!?! …top that off with the fact that when we brought Liam in there, we were the ONLY ones in there. I’m telling ya, insane!! Every theme park needs that building!

After Duplo Village, we headed over to enjoy a car ride with Mommy & a  water ride with Daddy….they got soaked 🙂 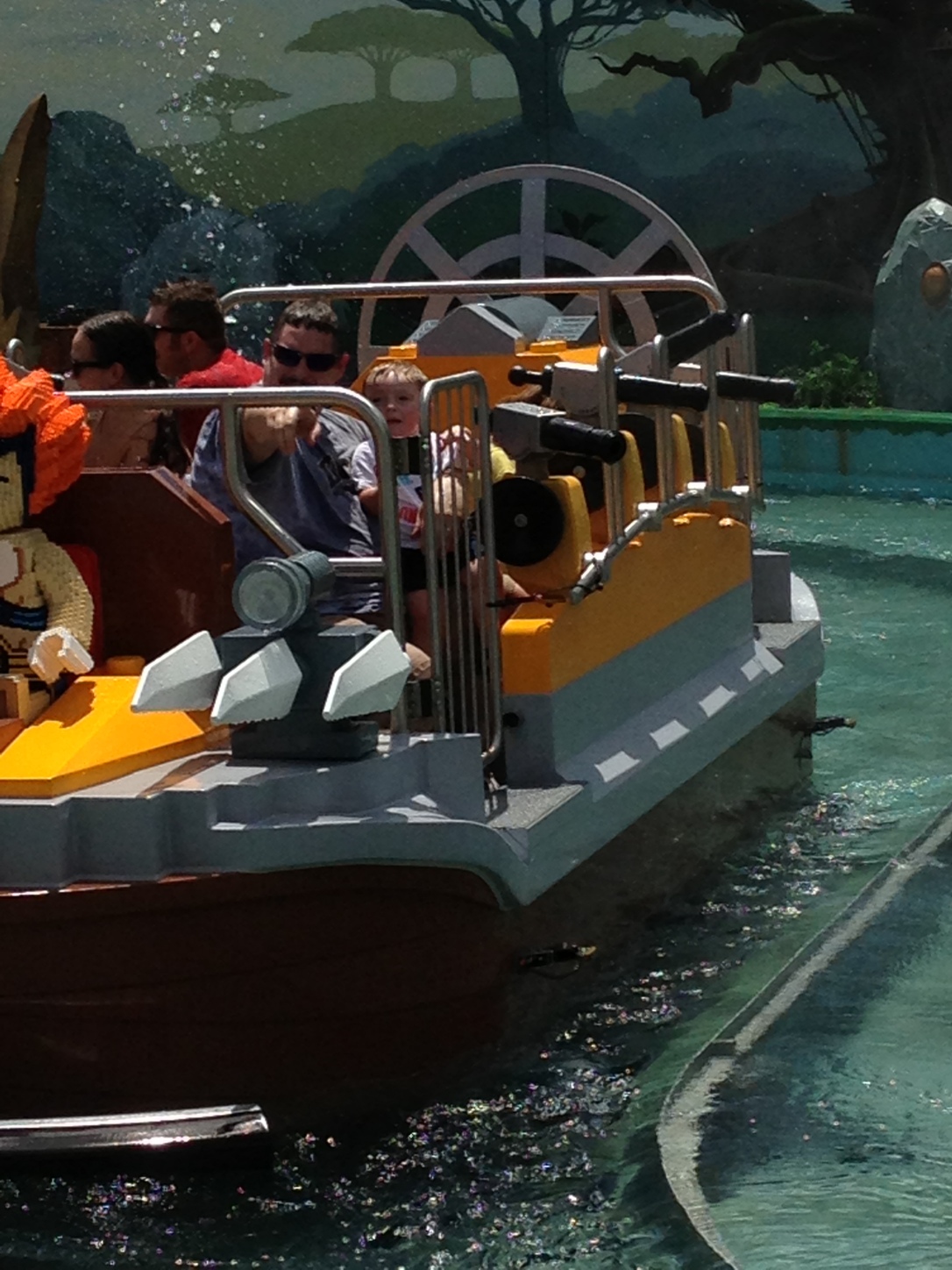 Since they were already drenched after this fun ride, we found a splash pad that Liam had crazy fun with. He was a hoot sticking his head in the water spraying up and then he would turn around and do his butt….silly, silly.

After a quick change of clothes, we made our way over to the carousal…this was also Liam’s very 1st time on the Merry Go Round!

After taking a break for lunch, we headed over to the other side of the park to explore the mini worlds built out of Legos. That was pretty cool. There really was so much to see! 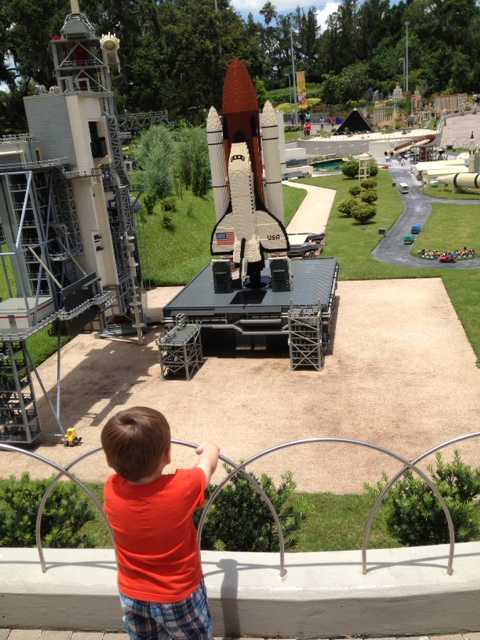 Overall, the day was great fun, and we were so happy that were able to give Liam this special day & make some awesome memories! Definitely recommend Legoland to any of you out there with smaller kiddos. We’ll bring him back in another year or so, as there were several rides he was still not tall enough to even ride with one of us, yet 🙂

I mentioned at the beginning of my post that this trip was kind of a practice run for Disney…I’d say that we are good to go now. ha! …We’re actually planning a special trip for his birthday, but more about that later!!

It’s been a busy few weeks here in Casa de Murphy and it’s been quiet here on the blog since the 4th so you’ll be hearing from me again soon! …until next time!!

3 thoughts on “Our Trip to Legoland”