Yes, I know…I am a solid week late with posting this 😉 ….Busy times, peeps, buuuut, but better late than never, right?!?! LOL!

We had a great day & I wanted to share some highlights. What Turkey Day isn’t complete without the Macy’s Parade? Liam was thrilled to see Thomas! I believe the announcer said this was the biggest balloon to ever make it’s debut in the parade. 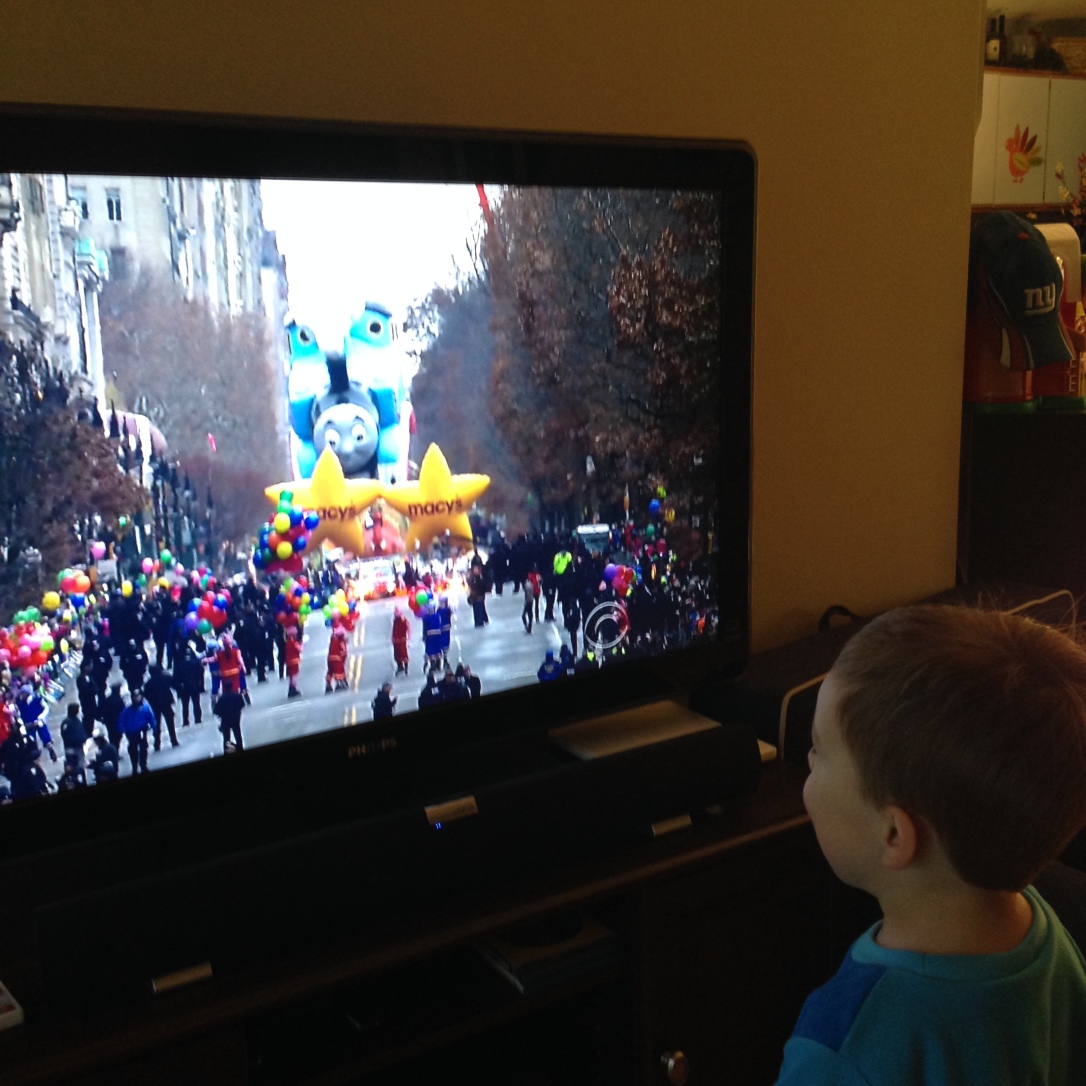 We spent the afternoon at Stephen’s uncle’s house with his family, which included Stephen’s Grandma {Liam’s Great Grandma}. More family was in town from out of state, so that was an added bonus. Liam really enjoyed himself.

Stephen’s uncle is super creative with the food spread, as you can see. He is also a wonderful cook. Everything was delish! 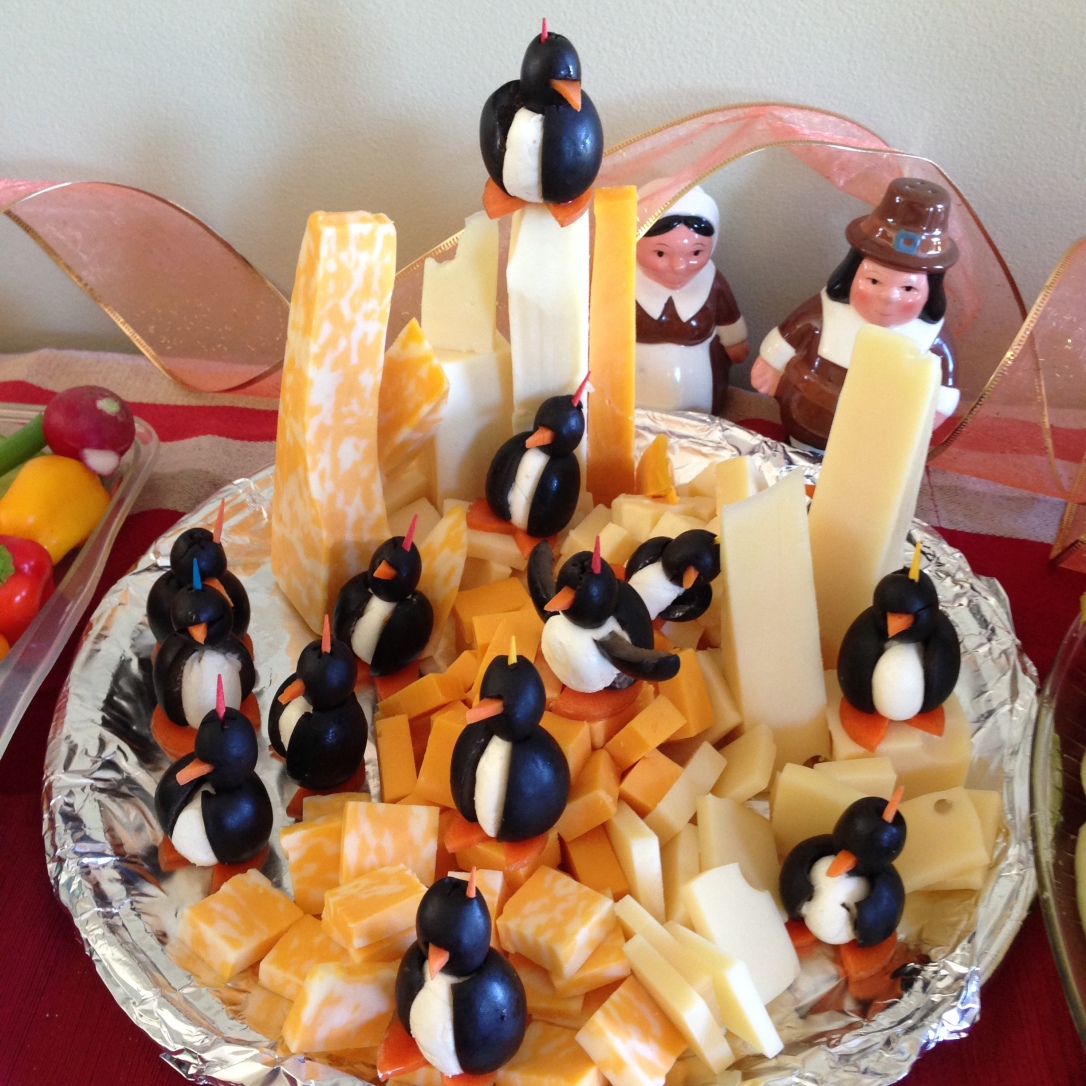 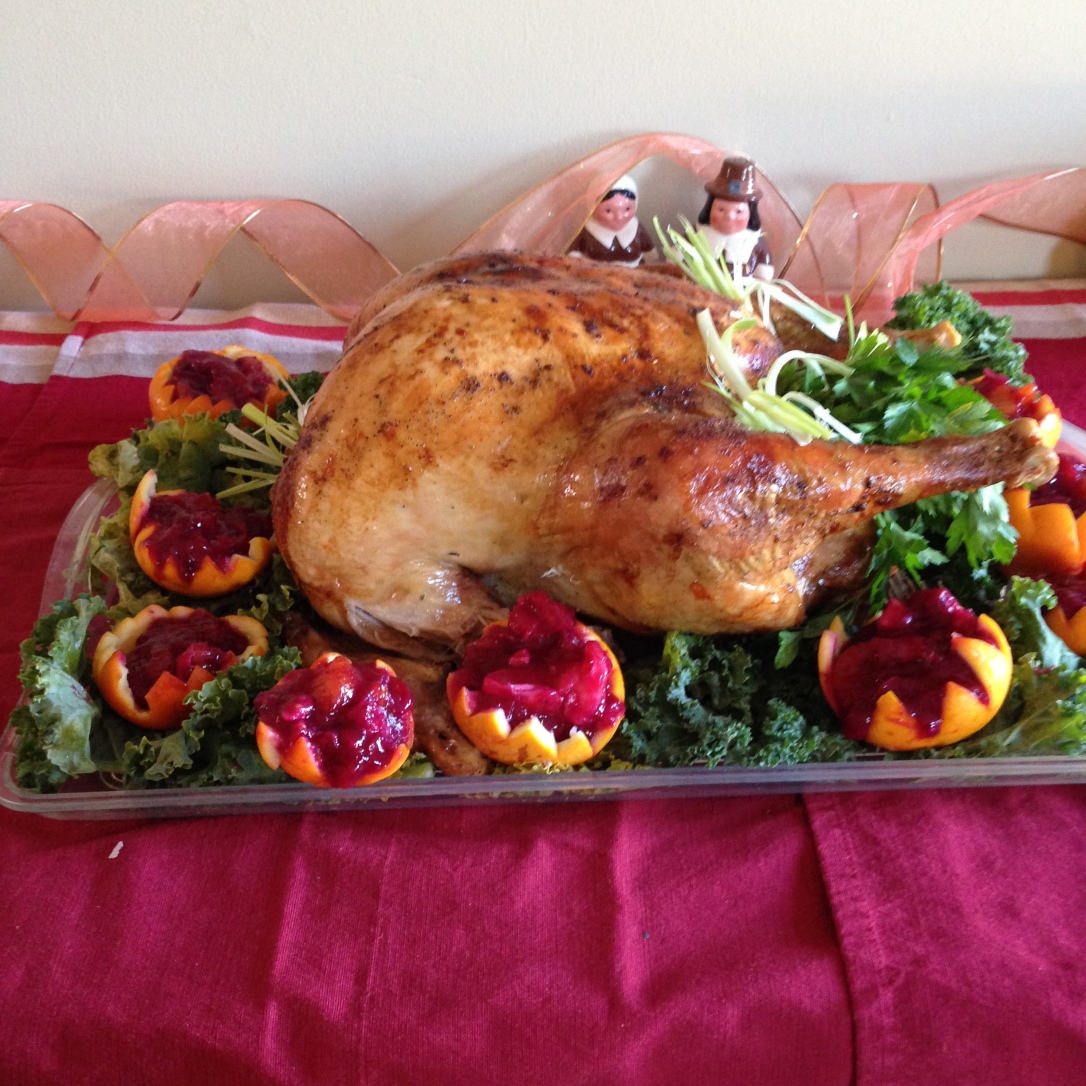 I found this shirt for little man at Old Navy and thought it was hilarious. Never thought he would actually REALLY LOVE turkey, but he totally did! That’s almost all he ate 😉 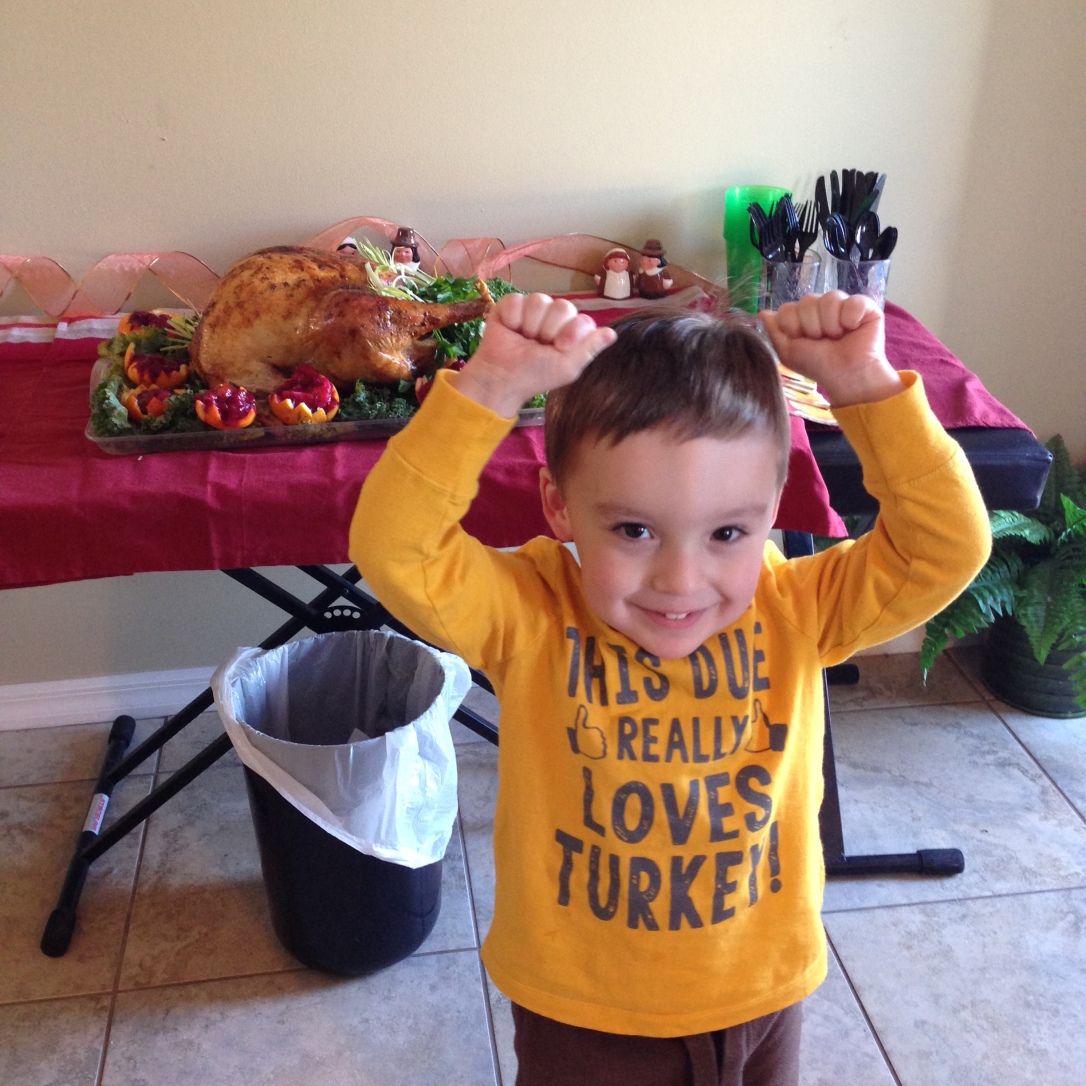 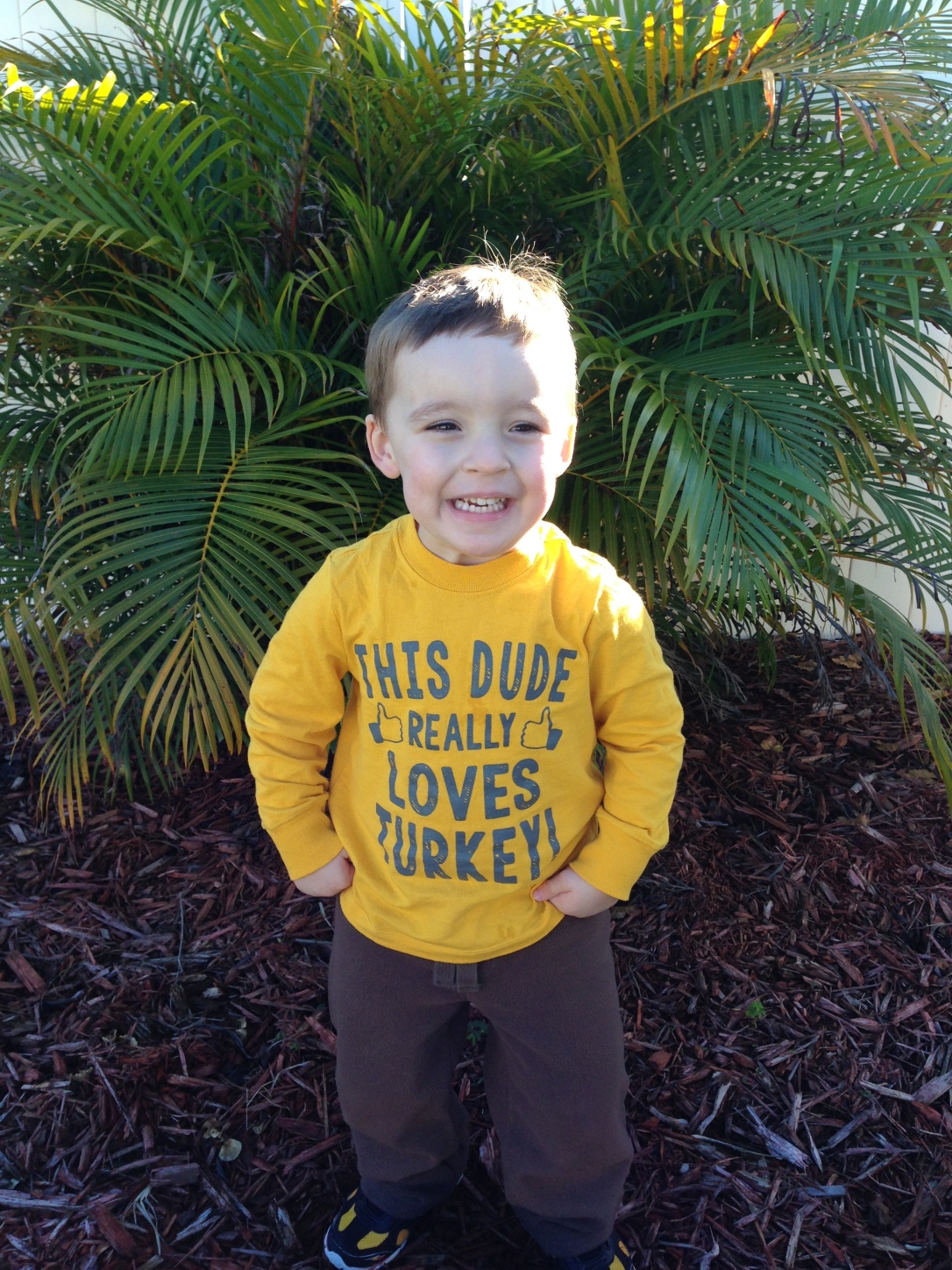 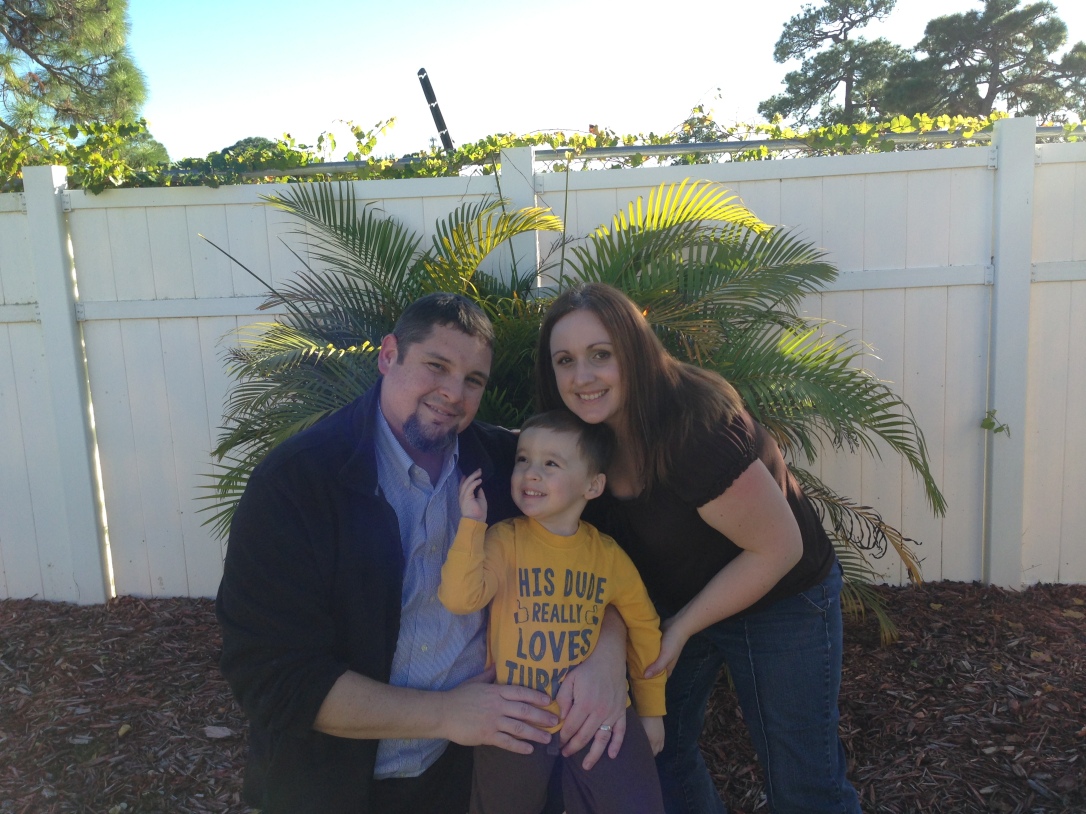 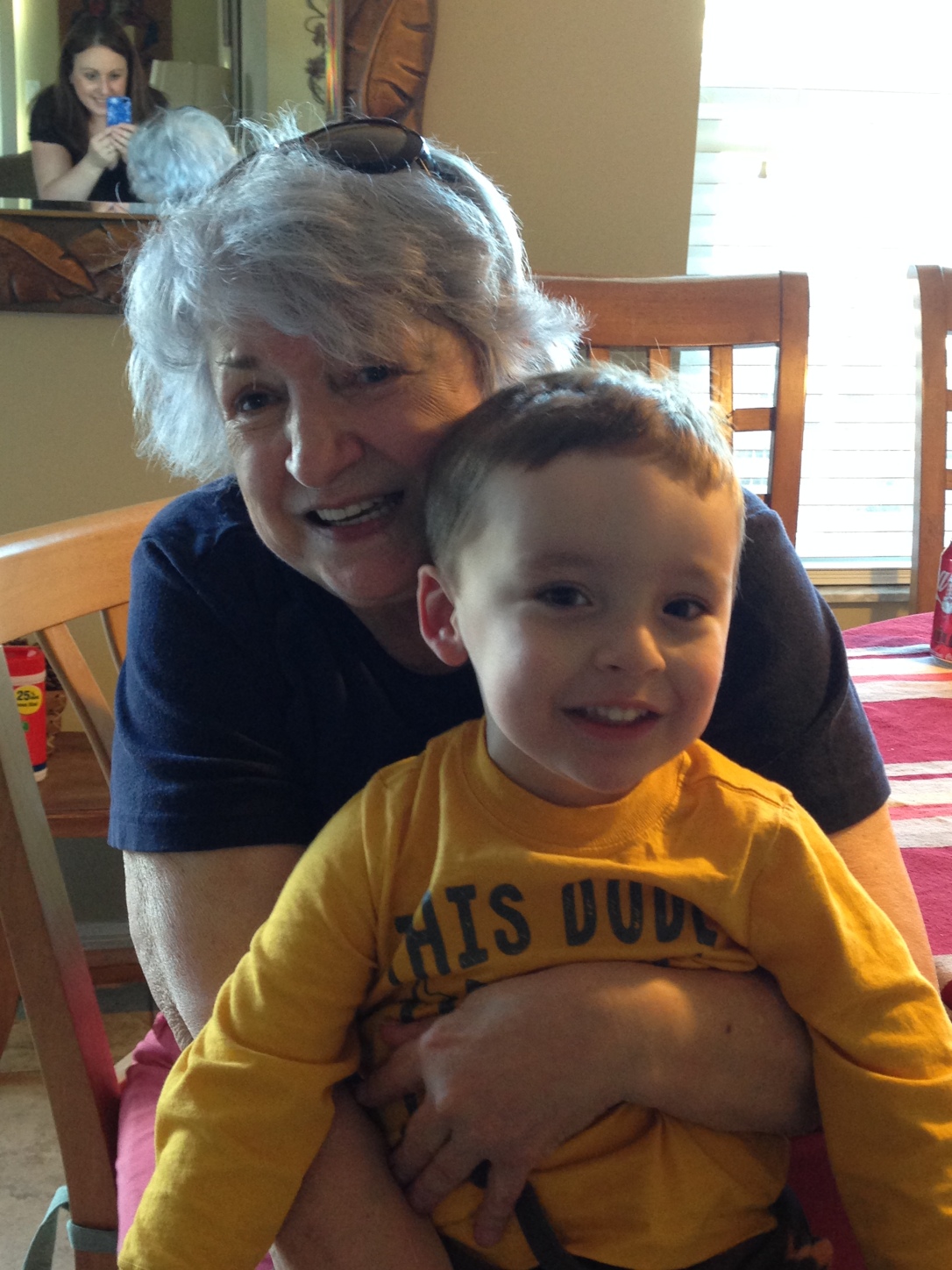 The weekend was dedicated to getting the house full of Christmas cheer! To say that Liam was excited is an understatement. He was a big help with decorating the tree. We also had our elf {Mr. Elf} come back from the North Pole to visit us, but I’ll post more about that soon. 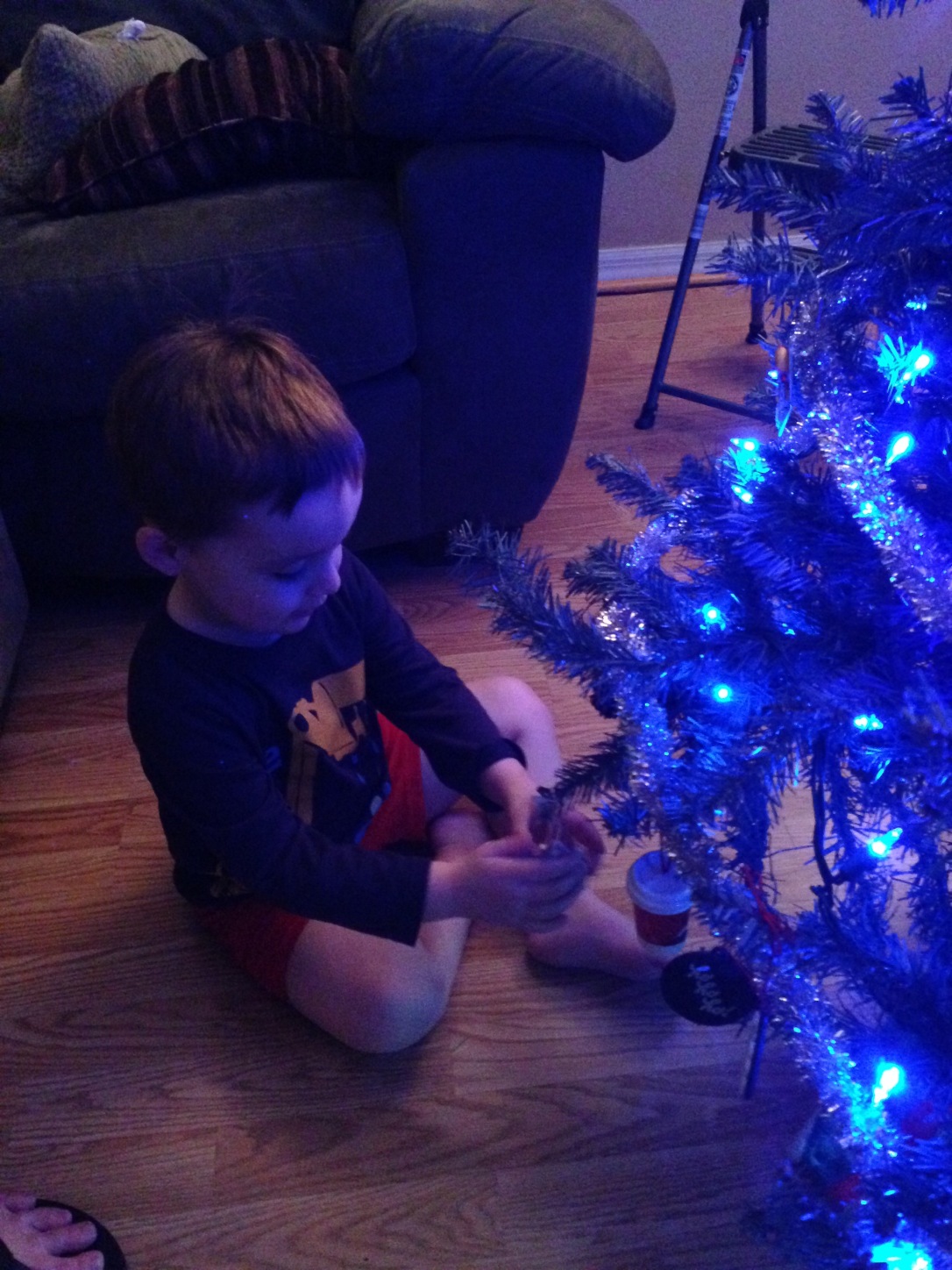 On Black Friday morning, Stephen & Liam headed out to Lowe’s to snatch up this great deal for just dollars. Liam has affectionately named him, “Donner” because he knows that’s Rudolph’s Daddy’s name 😉 ….so stinkin’ cute! 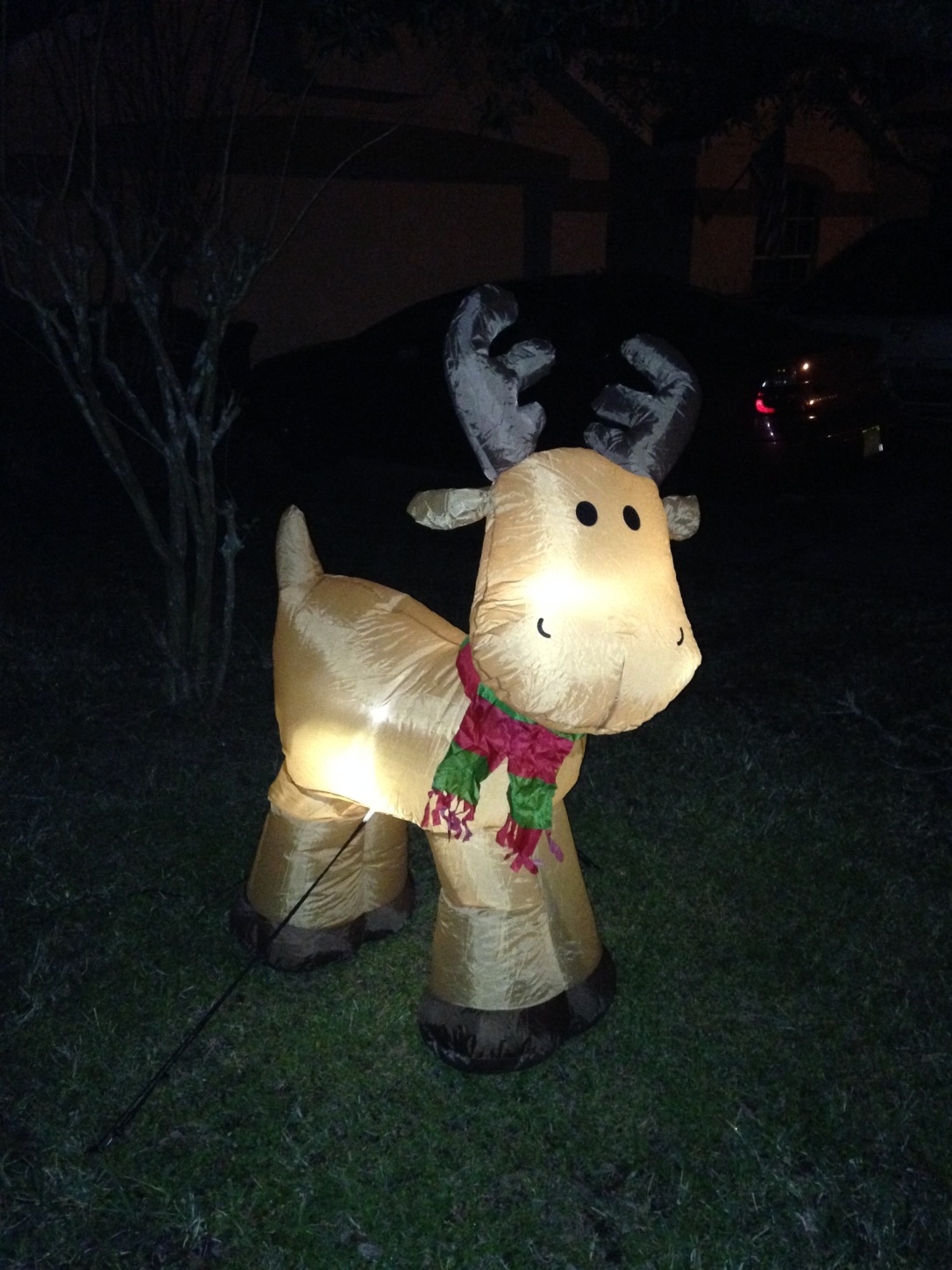 We have a few fun things planned as we get ready for Christmas & can’t wait to share them with you! Really love this time of the year. It’s a magical time!!