Little man has been busy spreading holiday cheer, and we are eating it up! Look at this super cute angel he made in art class ❤ 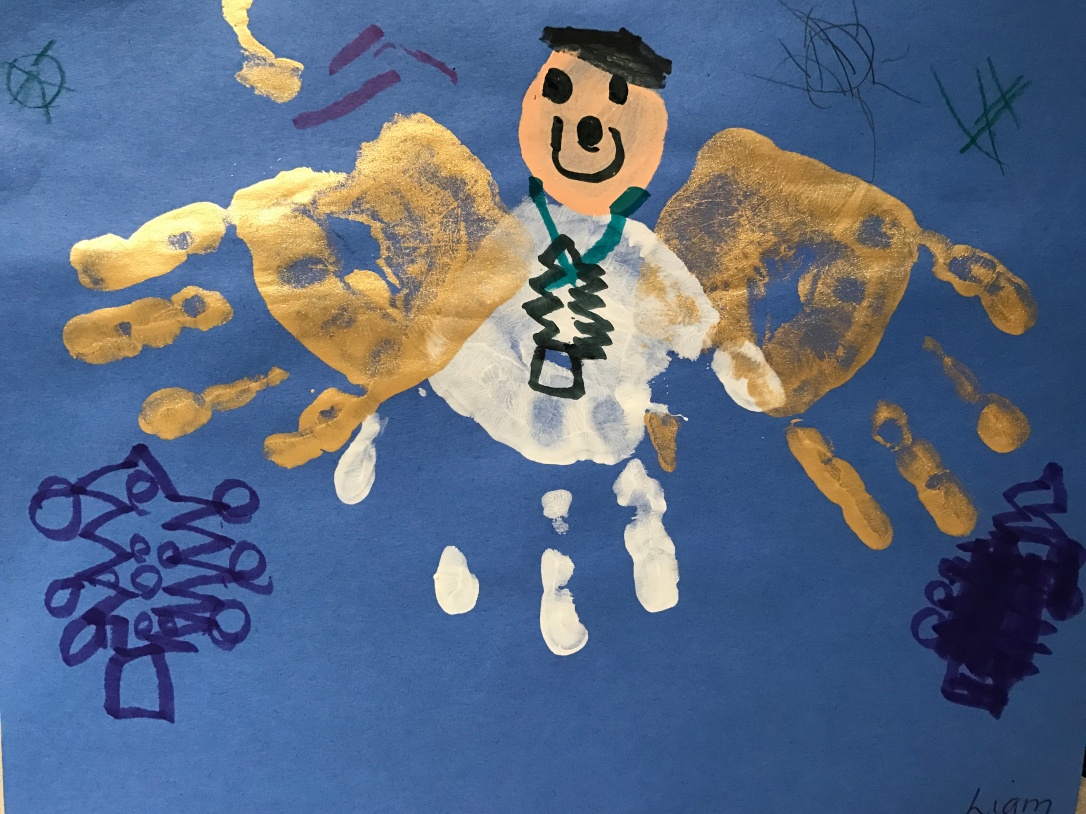 Last week, I headed over to his school in the morning to catch his Kindergarten Winder Holiday Celebration. Each of the five classrooms performed a Christmas themed song. He had shared bits & pieces of his class’s routine with us at home, but he made sure to tell us that we had to wait to see the whole production in person.

This little smirk is what I get from him often ….sometimes it means he’s being shy (as he was a bit in this pic) and sometimes he’s up to no good 😉 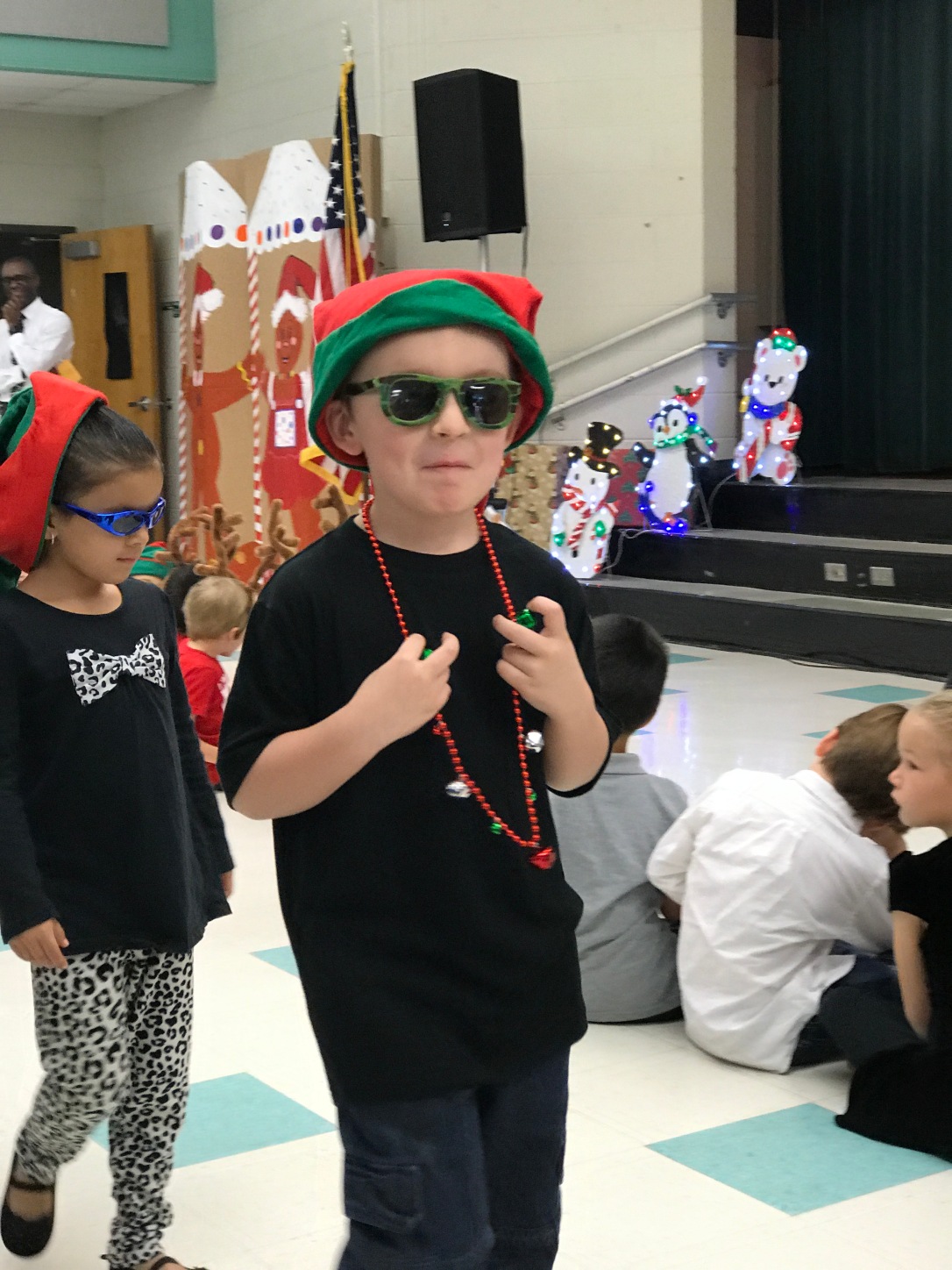 The song his class had was ‘Groovin’ Elf” ….so, of course, they all came in dressed as cool little elves. LOVED IT! 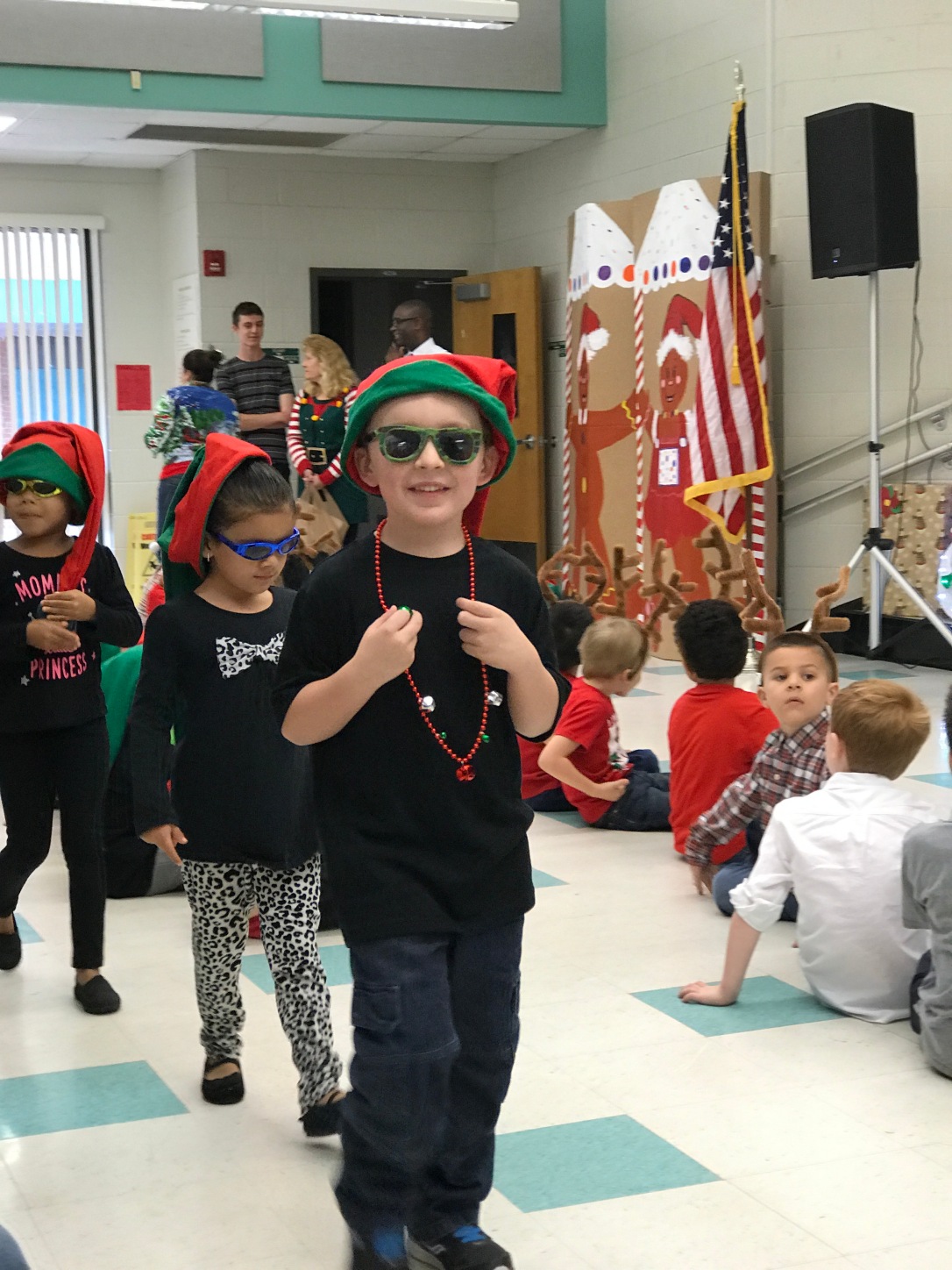 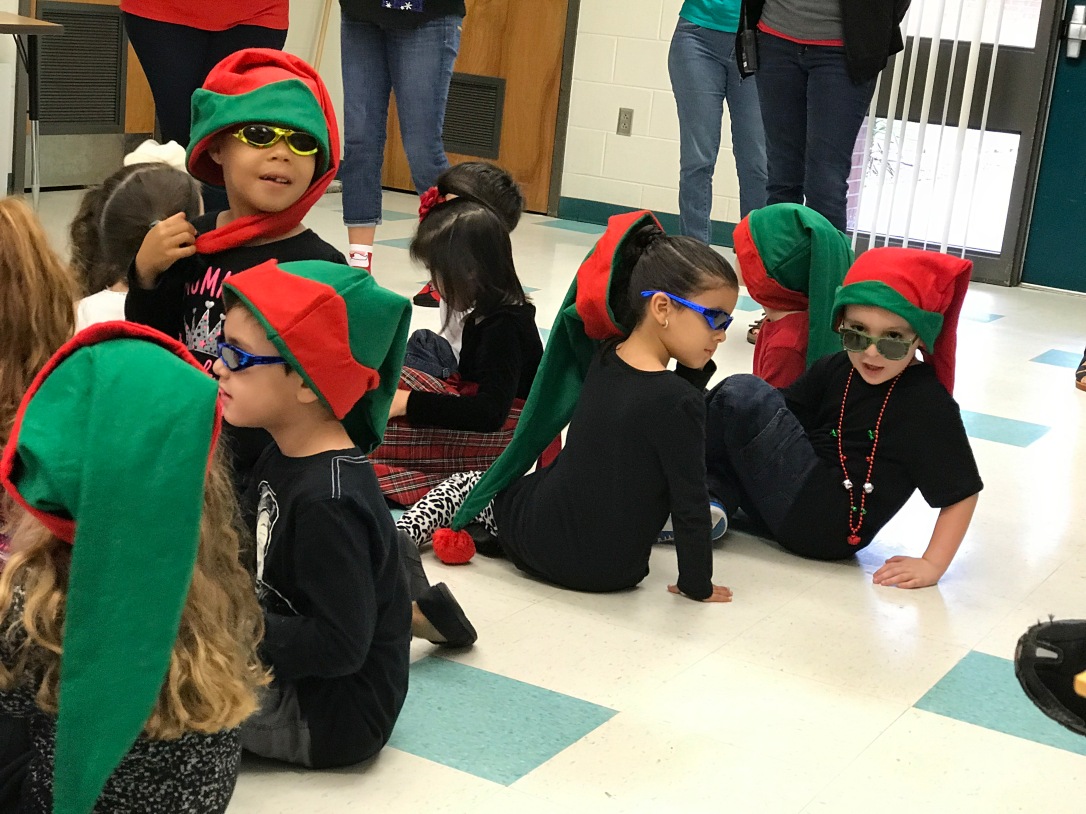 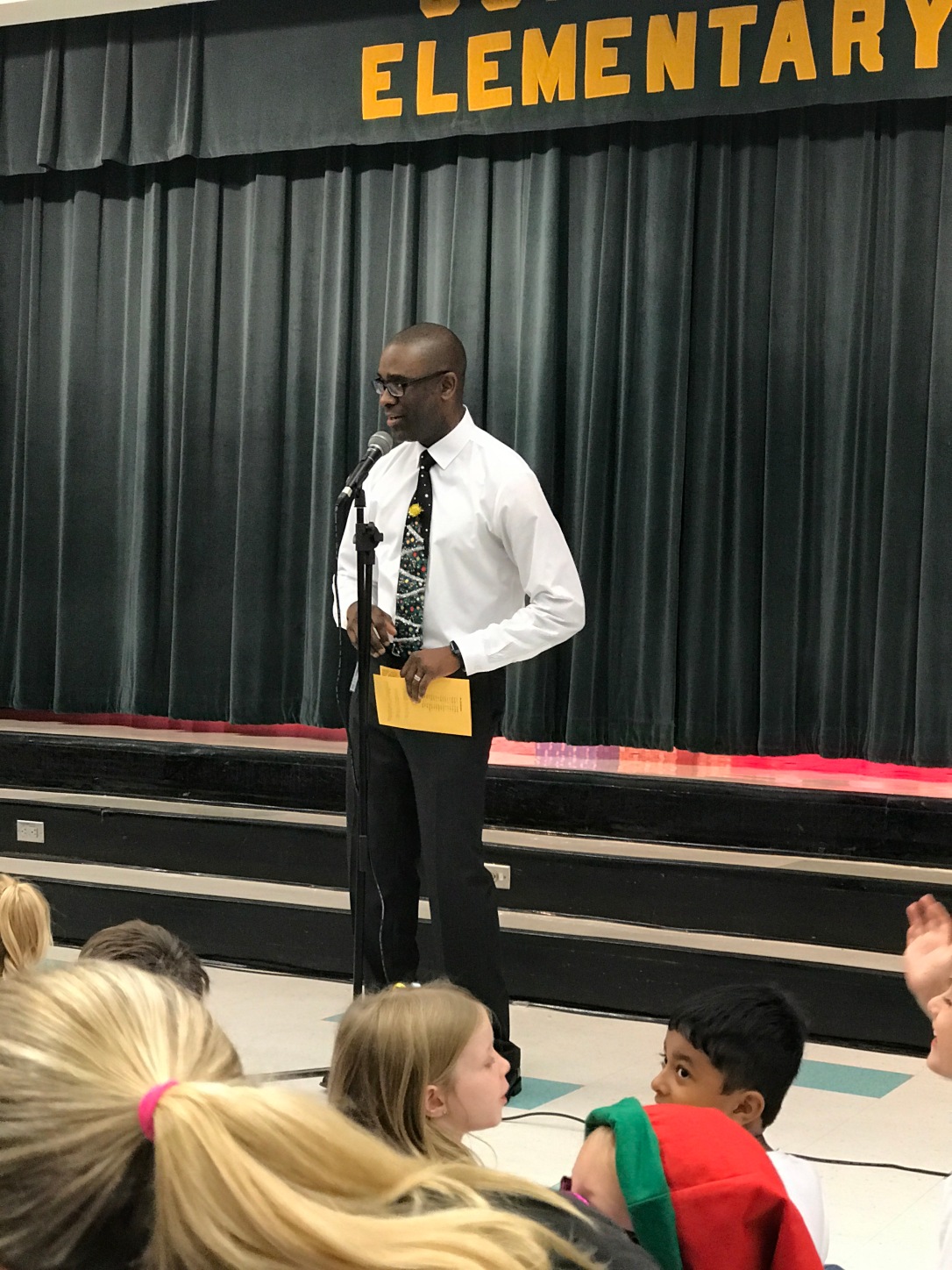 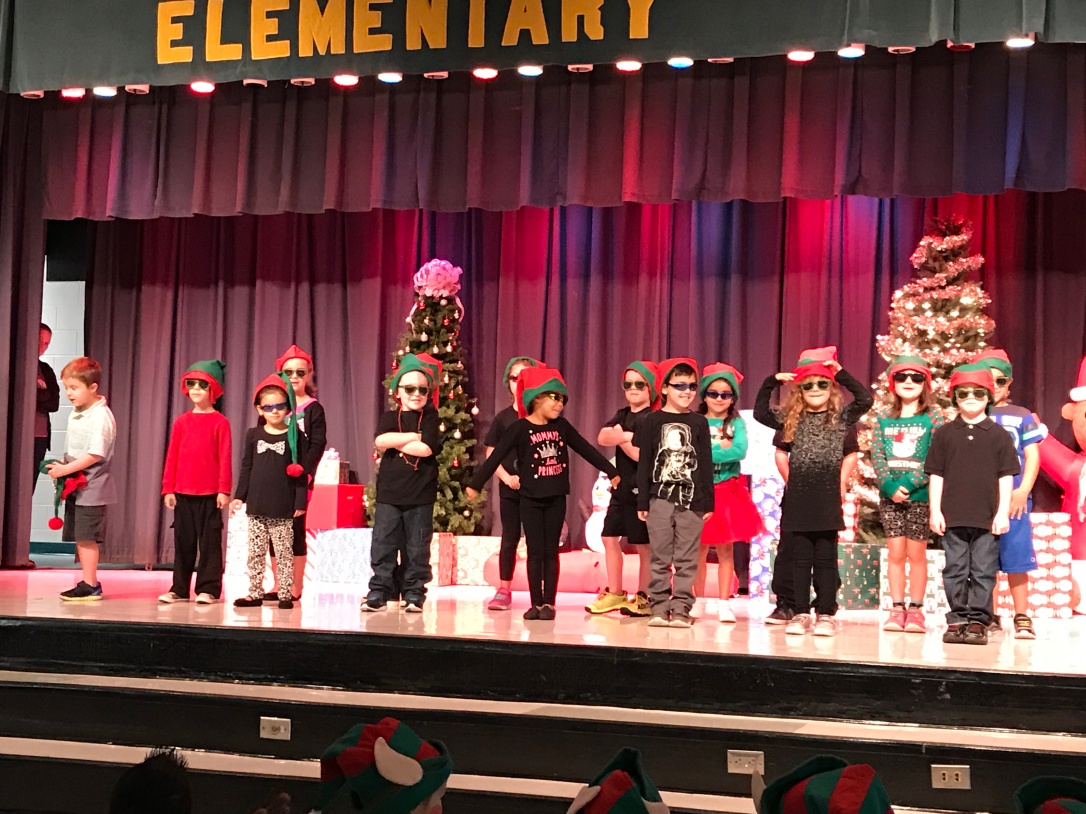 At the end of the show, all of the classrooms got on stage together and sang — We Wish You A Merry Christmas

After the show, his class had their holiday party, and they made a few crafts. Last Friday was also Pajama Day at school, so he was stoked to wear those PJ’s to school!

The bell craft was fun, as it’s a countdown to Christmas. He gets to cut a ring off each night. He knows when it’s just the bell left….it will be Christmas! 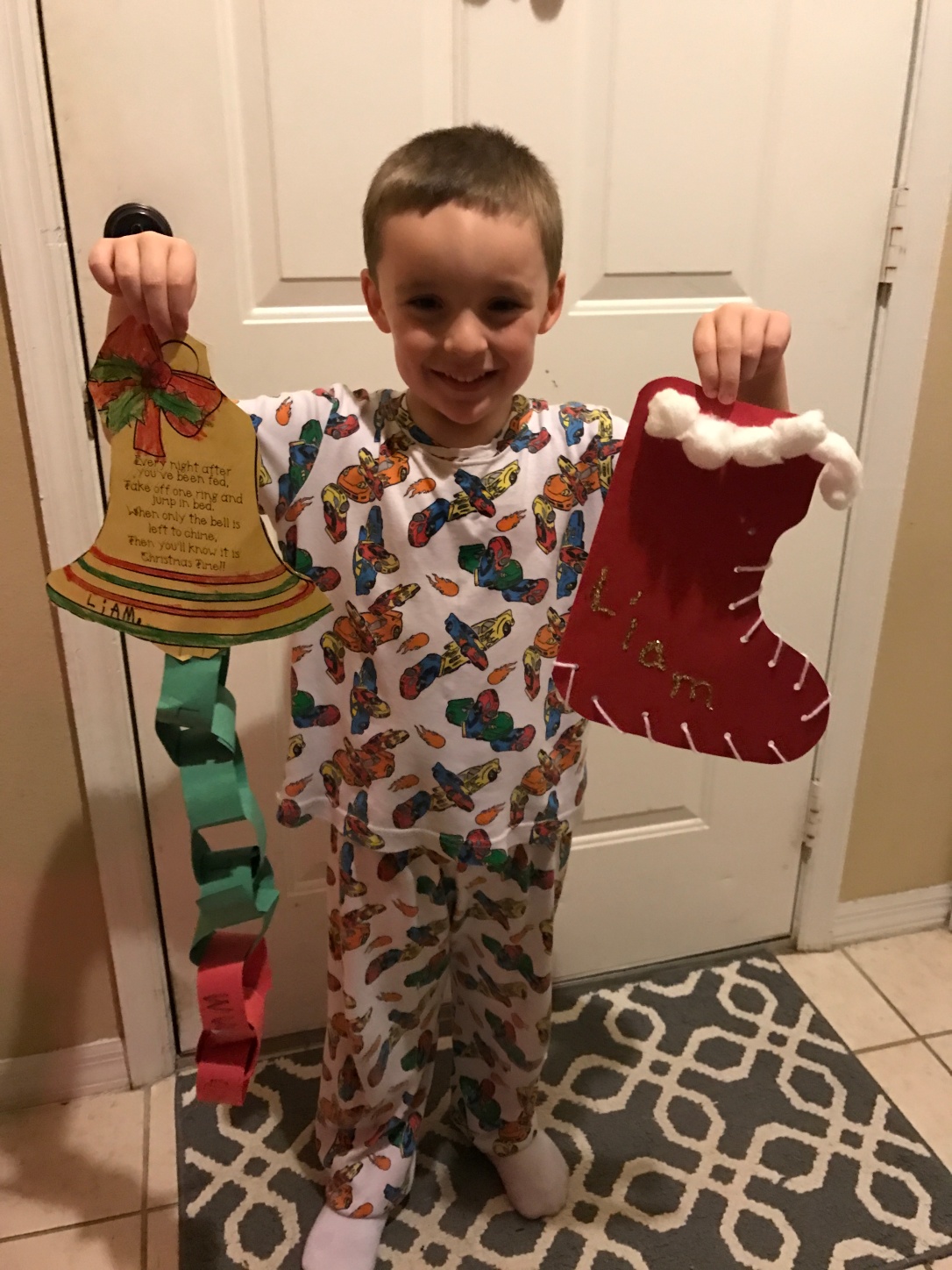 A few weekends ago, we had also went up to his school for Breakfast with Santa ❤ 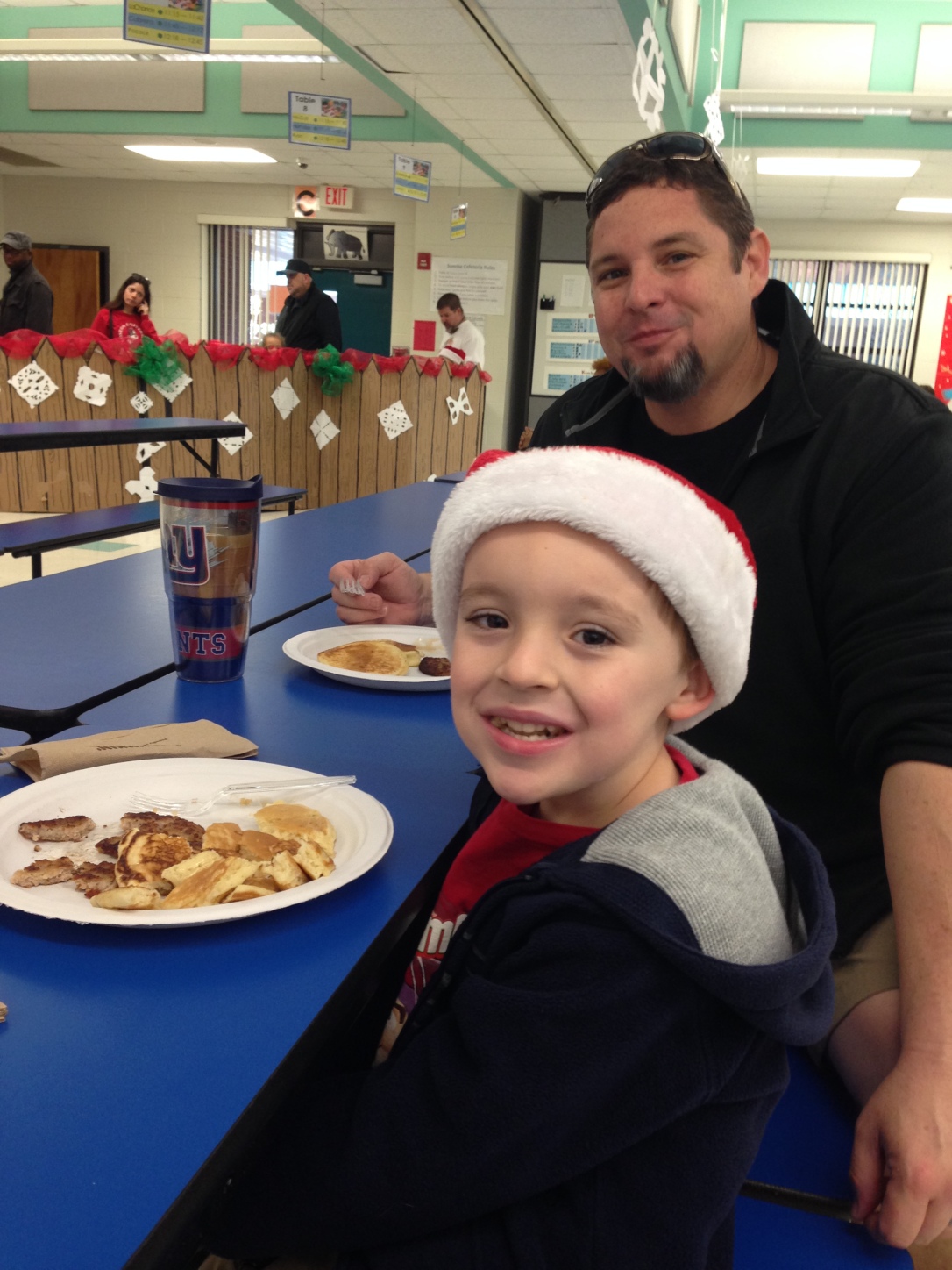 The cafeteria was decorated so cute by the PTA. Liam asked if the real Santa was there or if this was a helper. {We tell him that the Santa’s that he sees out & about in the malls & stores are helpers that report back to the North Pole}. I told him this was also a helper, but he looked at this guy, and told me I was wrong. This was the real one ❤ 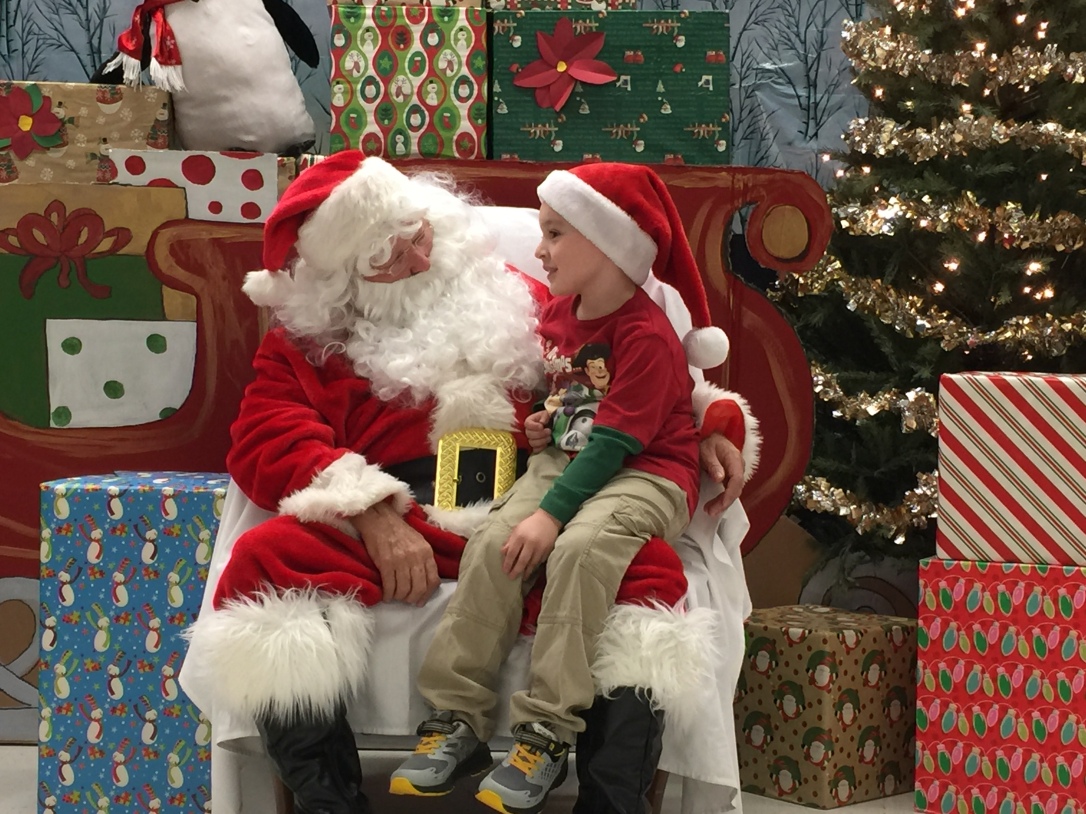 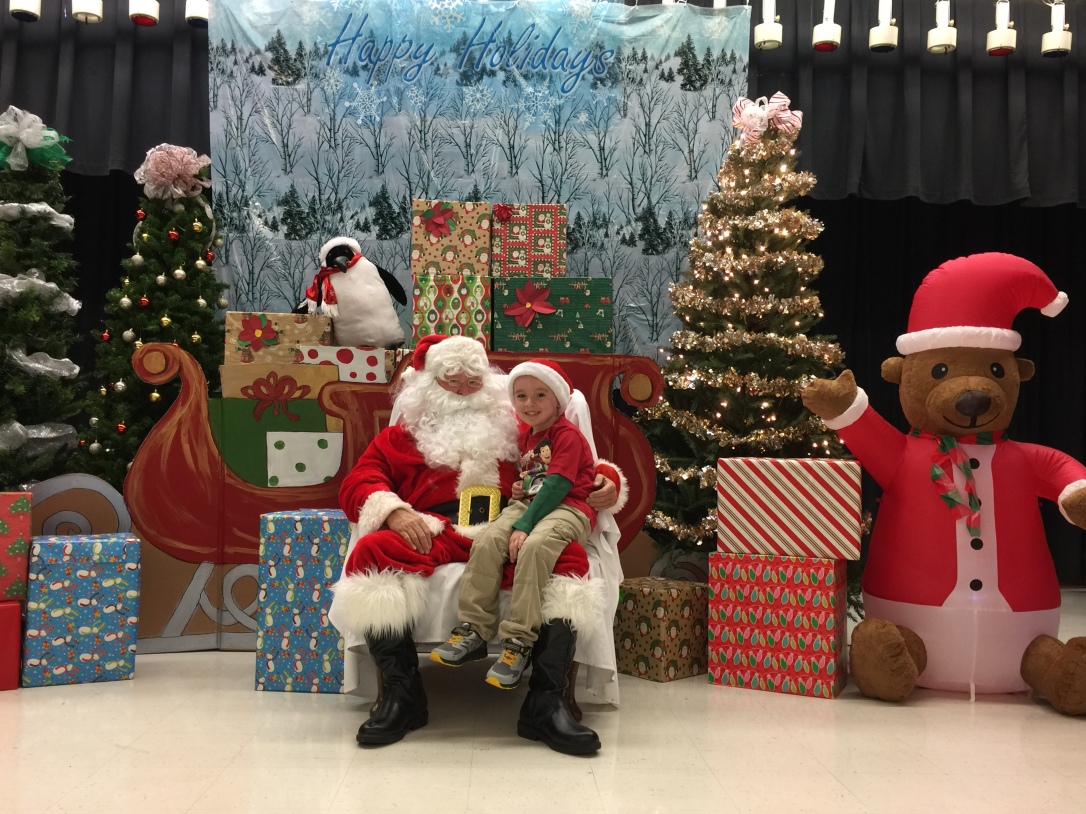 Love this boy & all the holiday magic he brings into our home. It’s just THE best!