So here we are, at the tail end of January — another year gone by and now we’re welcoming in 2017! I feel like so much happened in 2016. Maybe it’s because we’re a young family? Maybe it’s because I’m just a sappy, sentimental kinda gal? ❤ — I like to take the good with the bad so while life isn’t all roses, we choose to be thankful for what we have & what we have experienced ….and we look forward to another year that we are blessed with! Cheers!! 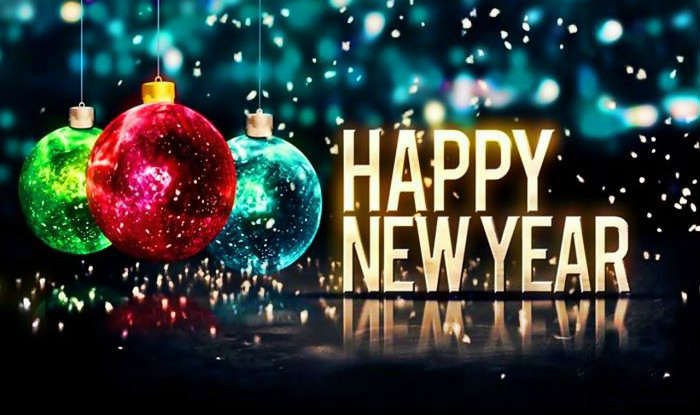 We ran in the New Year quietly at home with just the three of us, but we had fun. The boys were playing with Christmas toys {Hot Wheels} gifted from Mimi & Papa D, so they were in heaven. For the 1st year, we let Liam stay up as late he wanted {or could stand it….he’s a light weight 😉 } ….he was getting a kick out of watching New Year’s Rocking Eve with me, but by 11:00ish, he crawled into our bed with Stephen at the commercial and that was all she wrote. The two of them passed out. LOL!! I watched the ball drop with the cat 😛 — I recorded it so they could see it in the morning. It was hilarious! ….We had done a family toast with sparkling grape juice waaay earlier in the evening so it was all good!

In January, we went to the Amway Center downtown to see Ringling Bros. and Barnum & Bailey® Presents LEGENDS. Little did we know, that this would be our last Ringling Bros. circus, as they are actually closing down in May.

In May, we dedicated Liam at our church. We are also so blessed & thrilled to say that we now have a church home for over a year. We’ve been consistently going each week & it’s been wonderful for all of us. This was definitely something that Stephen & I kept wanting to do and find a place that felt like home, and it was very important to us with Liam getting older. ❤

In June, this little blog celebrated it’s 3rd birthday. It’s always fun to look back on past posts & pictures. Love to see the memories! As I have said in the past, I appreciate those of you who follow along with our adventures. As fun as it is to post, it actually is a lot of work to maintain this blog, but it’s something I enjoy & continue to do for Liam as a way to keep track of our memories for him ❤

In June, Liam graduated from Pre-Kindergarten. I cried at his graduation ceremony when they all walked down the aisle to Pomp & Circumstance…..all I could picture was his 18 year old self and I lost it, like a baby!

Liam turned 5 at the end of July, and {holy cow!} started KINDERGARTEN in August!! I thought last year’s start of Pre-K was a crazy milestone, but this is over the moon! We celebrated his birthday with a splash park party that was a super fun time with friends and family. We also went to the Jacksonville Zoo on his actual birthDAY. Kindergarten is proving to be a mindblowing experience for Stephen & I — seriously, it’s NOT the Kindergarten we went to as kids. I remember naptime, snacktime, and playing with toys. Fast forward to today’s Kindergarten and it’s serious learning …..and the kids LOVE IT! That is the awesome part for us. While we are trying to wrap our minds around it, Liam is thriving and loving life. It definitely makes your parent heart happy, and you just try to go with the flow. Things are just much more advanced and technology based than I anticipated they would be, but that’s ok!

Since he wasn’t in daycare during the summer for the 1st time EVER, he spent his 1st summer in CAMP! He had a blast 🙂

At the end of June, I celebrated two-year’s of writing with Orlando Moms Blog ❤  ….So, at this point, it’s now been about 2 and 1/2 years that I’ve been on board. You can can link over to my posts with them HERE

In September, we added a new member to our family! — at the time, Stephen brought home an adorable 2 lb kitten that Liam named Simba. We originally intended not to keep him but well, ya know how that goes. He’s now trying to play with Timber on the daily 😉 — more details & pics to come soon!

In September, Liam started martial arts classes! He is loving it and it’s something we are engaged in with him, as a family, as well. 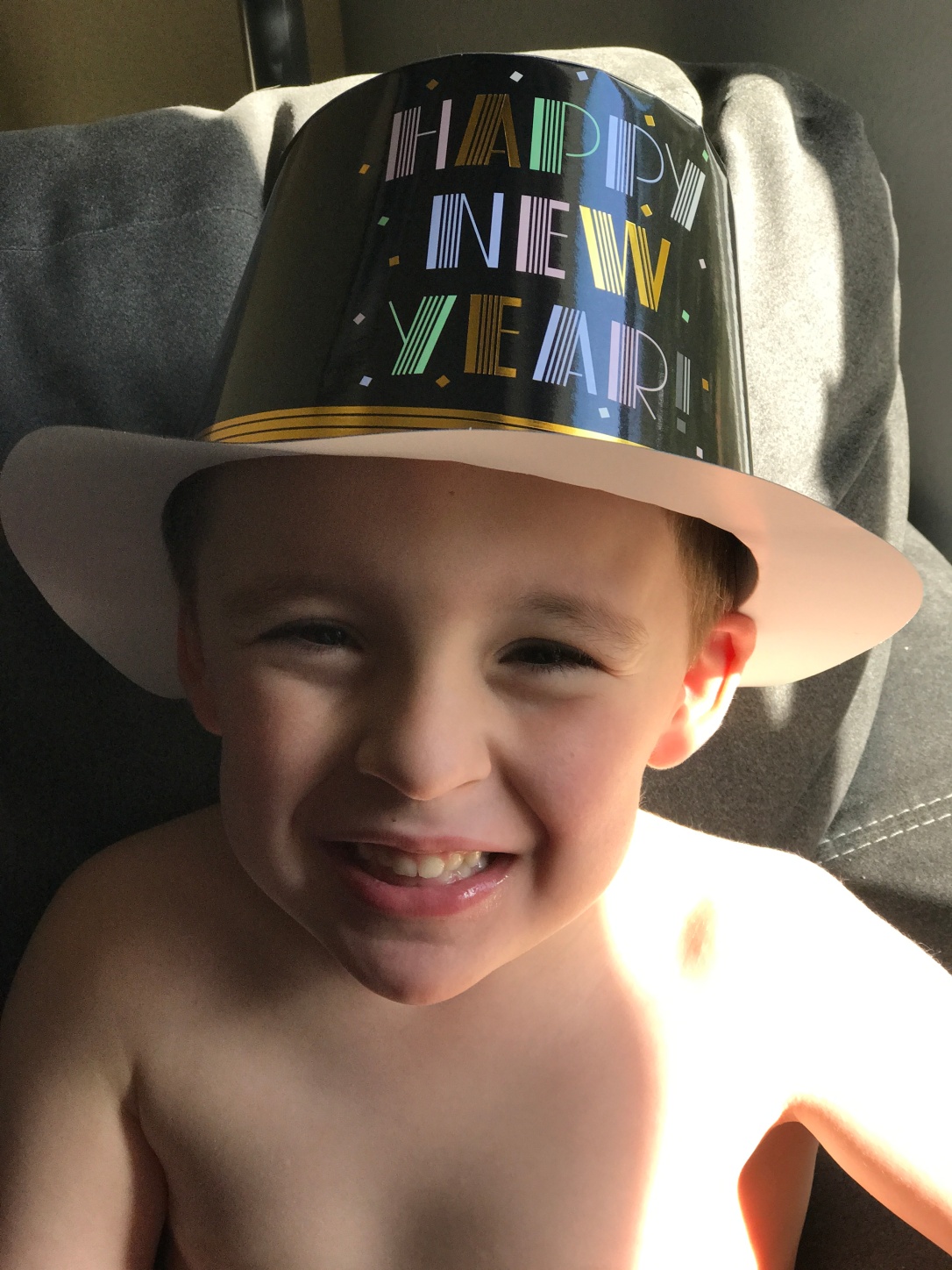 I’m not one to really choose a single word or resolution, but I like to have goals. For this year, I want to focus on calm {which can mean a plethora of things on any given week} and organization. I have a few tools to help me get there. My trusty Emily Ley planner {for home}, Erin Condren planner {for work}, and Lara Casey PowerSheets to plan those goals! I think of it this way — Life is busy but it doesn’t have to be messy 🙂

Liam will be turning 6 this summer and then off to 1st grade! He’s already talking about both. I can’t even think about summer camp options right now, let alone, the next school year.

We are continuing to enjoy our new church home, and in doing so, are becoming more engaged through serving and participating in events. We are excited to see what this year has in store as the church also continues to grow!

We got annual passes to Disney for Christmas, so we plan to pretty much live there on the weekends. Hahaha! — Seriously, we’ve already been there every weekend this month. Definitely already developing an obsession, but it’s super fun! This is the very 1st time that Stephen and I have ever had annual passes there, so we are, for sure, just as excited about this as Liam is 😛 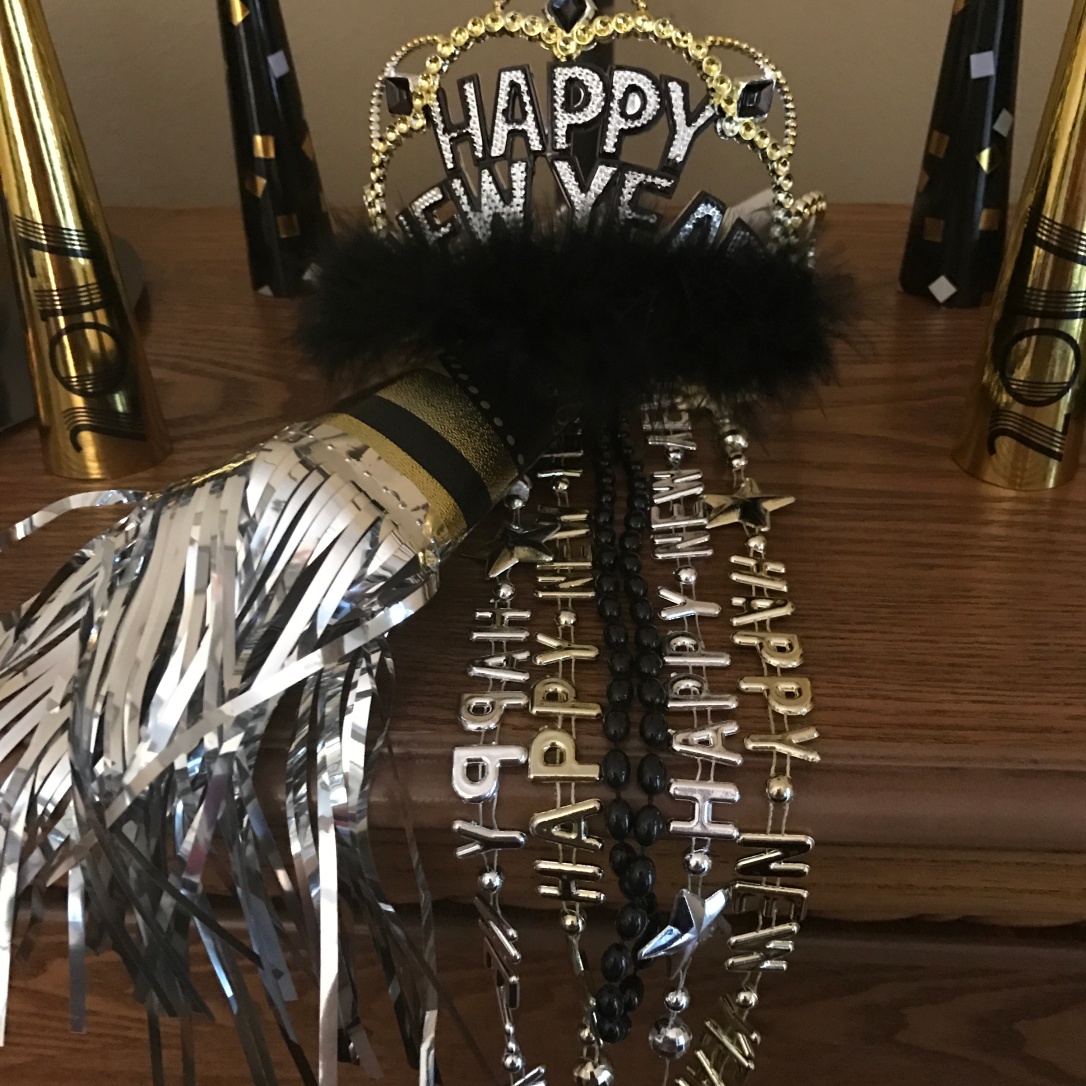 With Christmas falling on a Sunday this year, we had a whole weekend of fun-filled holiday goodness! Liam was out of school the week before, so he had a ball at winter camp with a few field trips & activities. Both Stephen & I had to work through the 23rd, and that evening, Liam had a very special celebration, but more on that soon! Once we wrapped all that up, it was full-on Christmas mode! I have been blasting Christmas tunes  everywhere I go since just before Thanksgiving, and this weekend was no different. I LOVE Christmas music and it really tickled me this year because we noticed that Liam now knows many of the words to the songs we play on the regular. 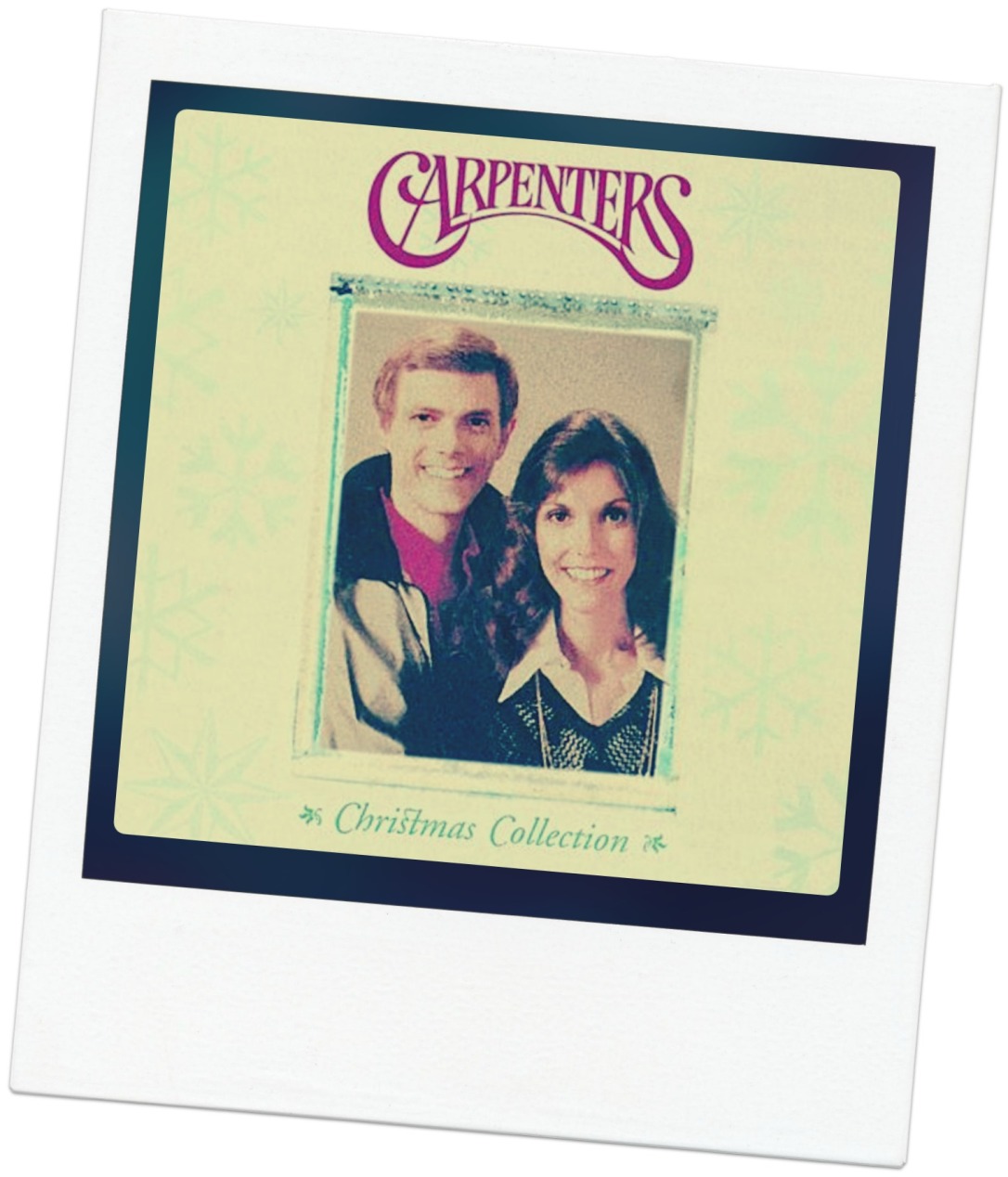 Christmas Eve, Liam woke up to a special present from Mr. Elf. He also delivered his good-bye letter to him that included a note that he could hug & kiss him bye again this year for a few minutes without his Christmas magic leaving. Mr. Elf was set to return to the North Pole with Santa that evening. Last year, Liam was VERY sad to see his friend leave, so we were anticipating that again this year. However, it was not as bad this time around because of the gift he brought Liam. He had asked Santa for a stuffed Mr. Elf toy, and THAT is exactly what he got from Mr. Elf! He was ecstatic!!

That afternoon, we attended the Christmas Eve service at our church. Towards the end of service, there was a candlelight activity as we shared how Jesus is our light for the world ❤

Some of our family was unfortunately sick, so thwarted plans landed us out to eat. We chose Bahama Breeze, and it was a perfect dinner! We beat the crowds, and the weather was amazing to sit outside. 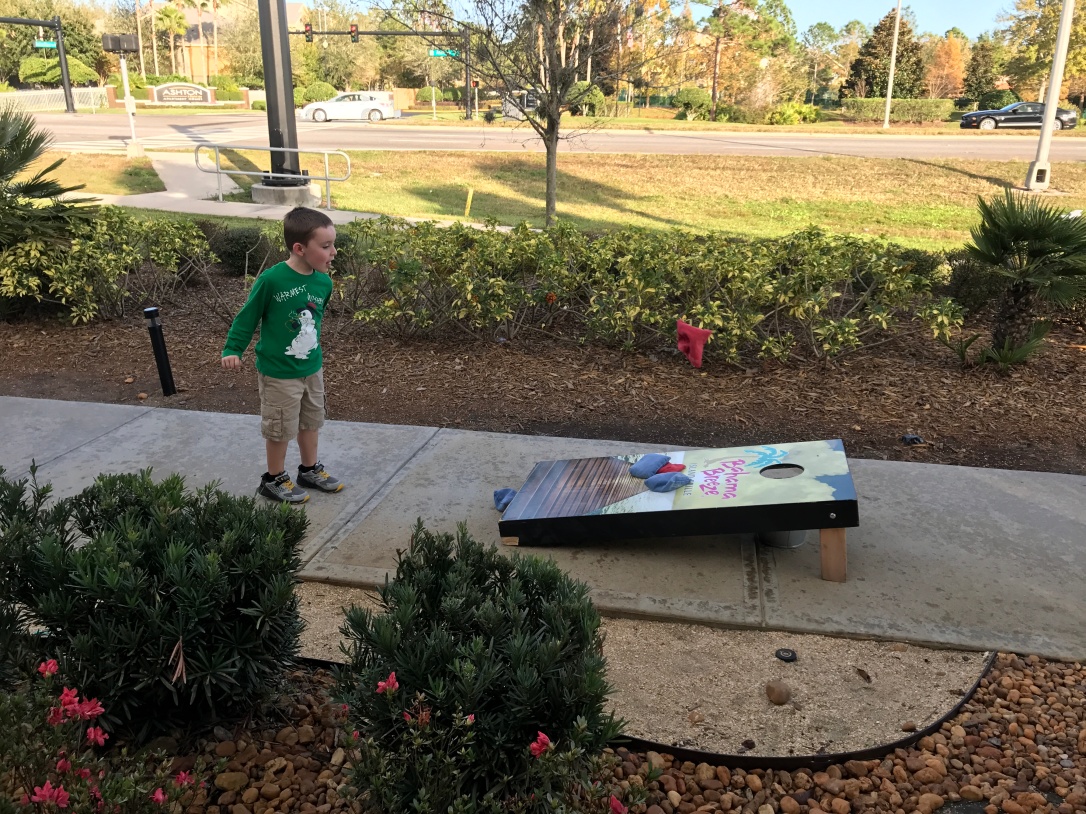 Once we got home, little man helped me to make cookies for Santa! We even made them from scratch this year. If you know me, then you know that’s means LOT 😉 …I haven’t made this cookie recipe in years, and was honestly so happy to do it with Liam this year. They came out so cute! 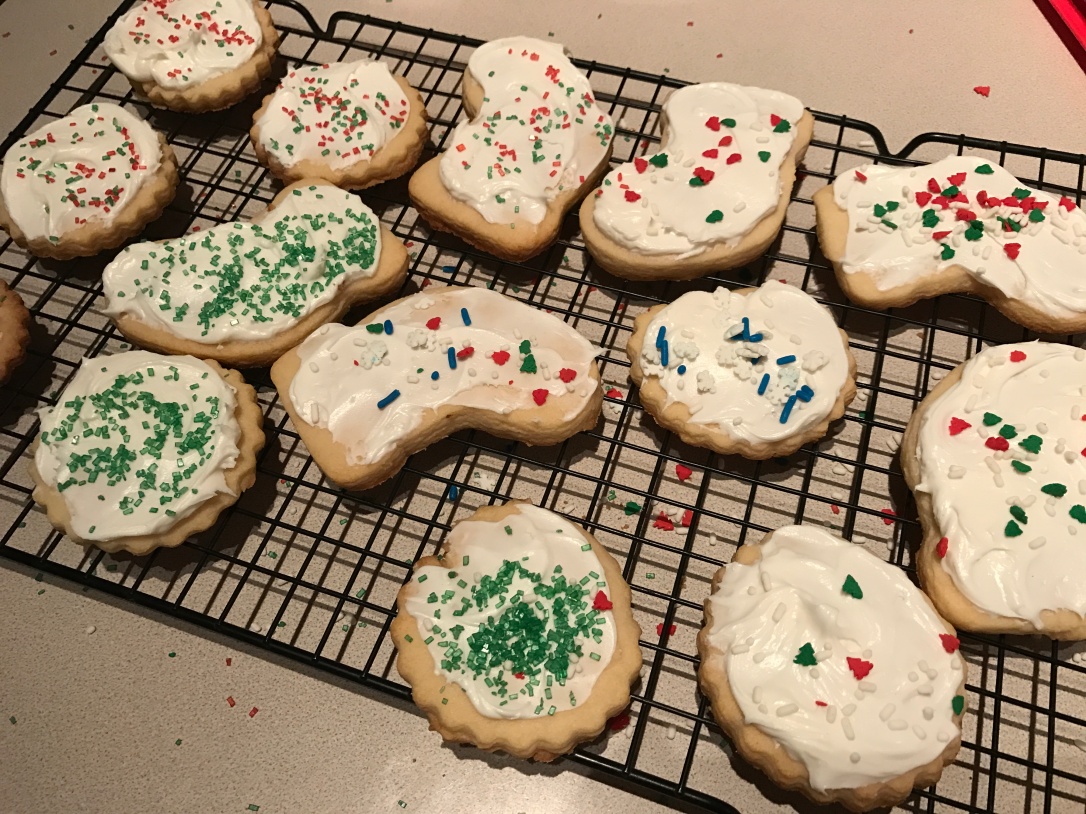 After cookie baking, we put on jammies and put out the reindeer food in the front yard. Liam thought he kept hearing Santa’s sleigh ❤

Even though he knew Santa wouldn’t come until after he fell asleep, Liam was not happy about bedtime. When we put out Santa’s cookies & milk, I asked him to smile for a picture. This was as good as it got. Ha!

Christmas morning, wee-man slept ’till about 7:00am. Stephen & I laugh because, as kids, we can remember waking up before dawn with excitement. Not our kiddo. He {like his mama now} loves his sleep, and has snoozed till early morning every Christmas so far. When he did get up, he came into our room to wake us, and said, “I got presents! There’s a big bag & that’s my drum set! Come look!“

So, he went for the big gift bag 1st to open, as he was convinced that was the drum set he had asked Santa for on his list. It wasn’t {it was the castle in the pic below}. However, Santa did bring him that drum set, so he was stoked when he did finally open it! 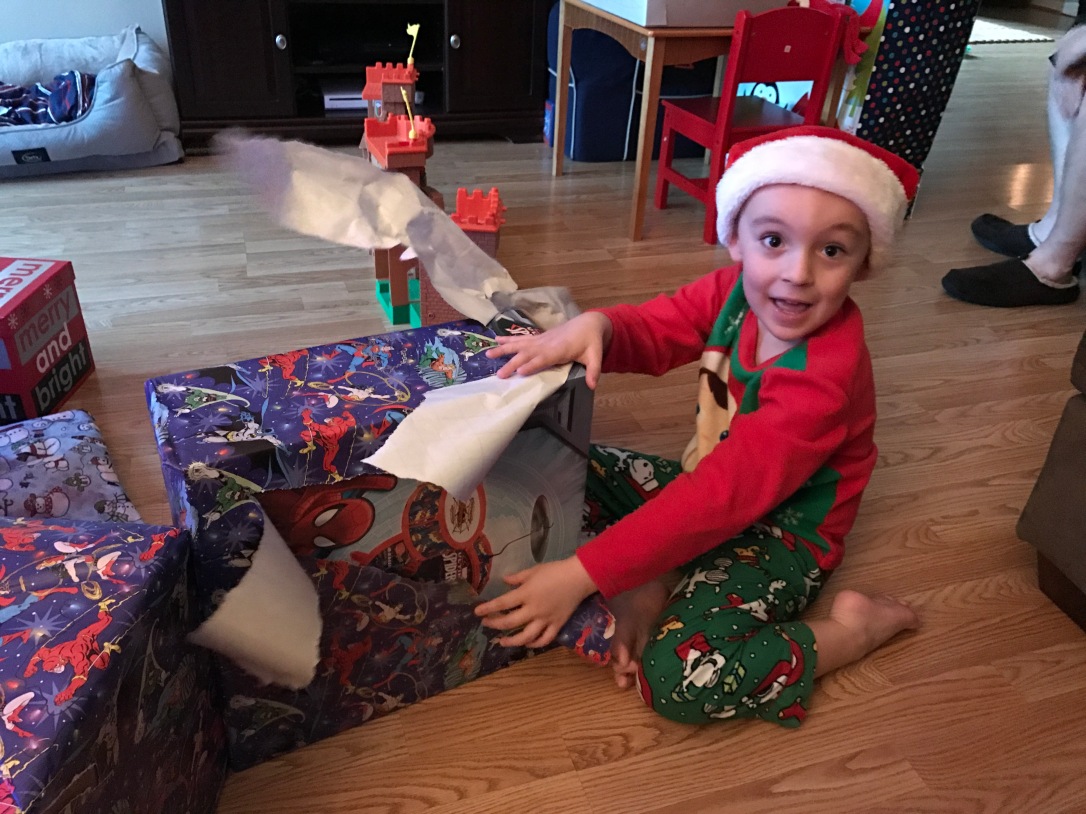 Liam’s BIG gift this year was one that we were SUPER excited for, as well — ANNUAL FAMILY PASSES TO DISNEY!!!!!

Liam had a special gold box to open with a few things inside to reveal the gift:

Santa wrote him a letter to explain that he was getting the passes & why.

A fun “ticket” that said, Liam is going to Disney! All by himself, he actually read it & that was awesome!!

A Disney autograph book to take to the parks.

Magic Bandits to put on his magic band once we get them.

His Mickey ears {fun fact: I found these in his closet from when we took him on his 2nd bday for his very 1st trip there, so this worked out perfectly. You can check out that post HERE}.

*special THANK YOU!! to everyone who helped make this happen ❤ * 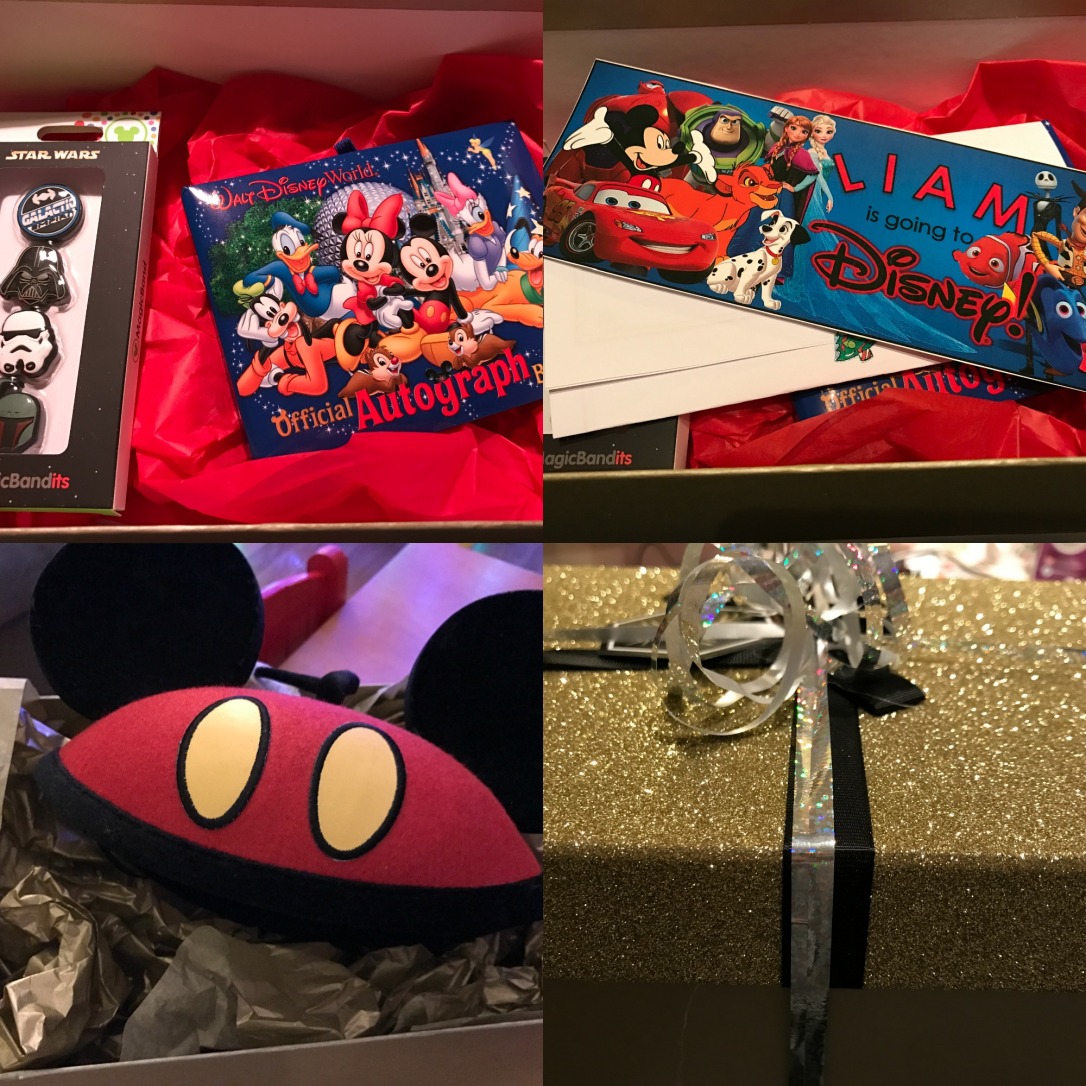 His face as he was reading his ticket ❤

I would say that is the face of one happy, little man! 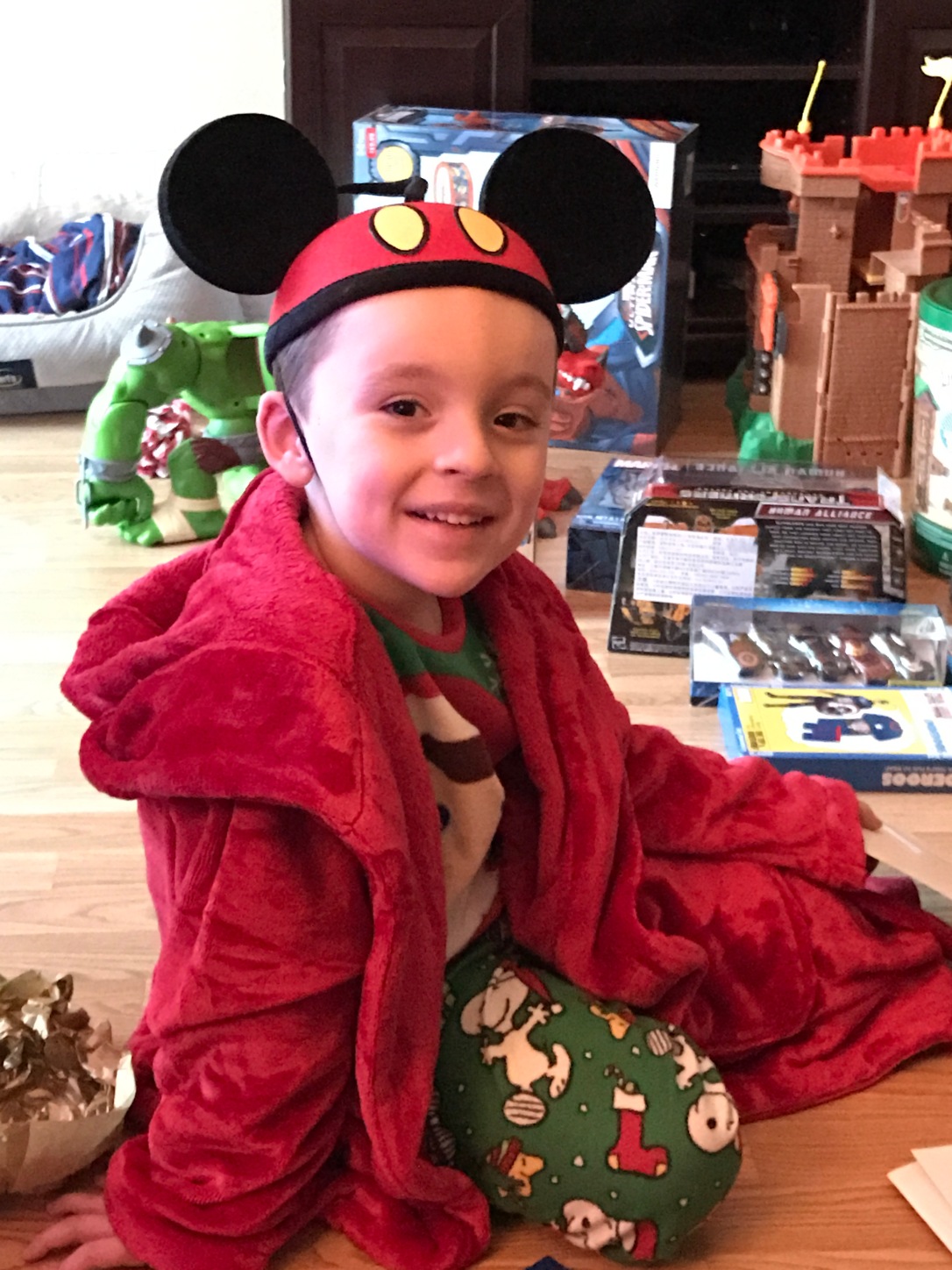 The animals were not left out of the morning, either. Santa brought them some treats. Timber snoozed most of the morning, though, while Simba raced around stealing bows & pieces of wrapping paper. Don’t be fooled by this cute pic….the tree skirt later was dragged half way across the living room! By Wednesday, this year, the tree was down. We have always waited to take our decorations down until after the New Year, but this crazy boy kept me on my toes just a little too much 😛 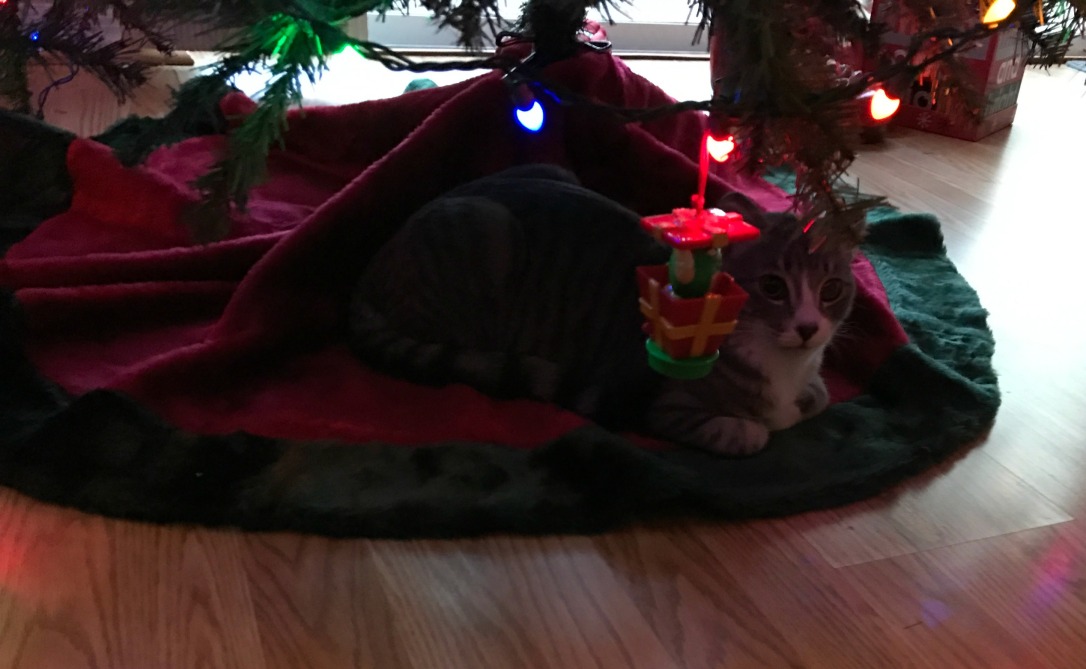 After a relaxing afternoon, we headed over to our good friends to have Christmas dinner. Plans turned into the three of us having dinner at home, but we are very thankful & blessed to have great friends who insisted we not be alone for Christmas dinner. We really had an enjoyable evening! Here’s a pic of Liam & James playing out back with James’ new boat.

We are so grateful & have full-hearts as we wrap up another magical Christmas season! We had a lot more fun throughout the rest of Liam’s winter break this past week, & I’ll be sharing more of that soon.

For a look back on our previous Christmas celebrations —